Residents in the capital said that mobile messaging services have been suspended since Monday. 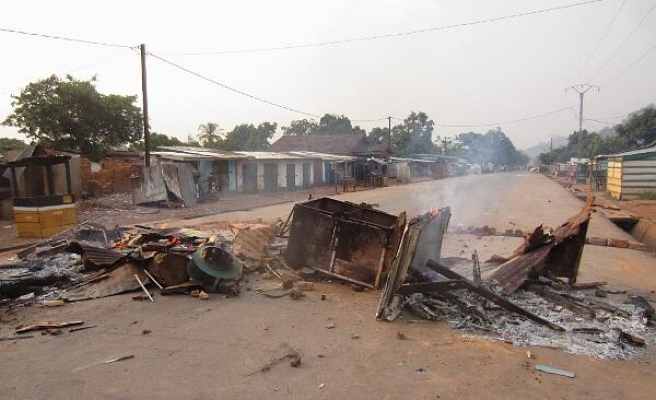 The government did not say who was behind the campaign but in the mass messages, the organisation urged people to stay at home until there is complete disarmament, especially of the PK5 Muslim neighbourhood.

"On the instruction of the Prime Minister...in order to contribute to the restoration of security in the country, the use of SMS by all mobile phone subscribers is suspended," Communications Minister Abdallah Assan Kadre said in a statement.

The suspension will be in effect until further notice.

An interim government led by Catherine Samba-Panza and nearly 8,000 African Union and French peacekeepers are struggling to contain the violence that has killed more than 2,000 and displaced about a million of the country's 4.5 million people.

The United Nations has warned that the conflict could spiral into a genocide.

Residents in the capital said on Wednesday that mobile messaging services have been suspended since Monday.