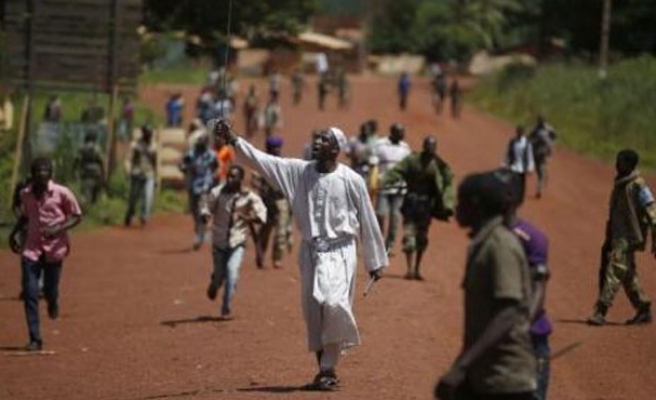 The government of Central African Republic said on Thursday it rejected a ceasefire deal made in Kenya between two militia groups aimed at ending more than a year of clashes and attacks in which thousands have died.

Few details have emerged about the talks between the mainly Muslim Seleka alliance and the 'anti-balaka' militia who oppose them, though the two sides conducted low-level and sporadic peace negotiations for much of last year.

"The government categorically rejects the Nairobi accord because it was not associated with the discussions in any way. It is not a real accord, rather it's a series of grievances from the two armed groups which hold the country hostage," Communications Minister Georges Adrien Poussou told Reuters.

Central African Republic has been gripped by violence since the Seleka rebelled and seized power in March 2013. The group was forced to stand aside last year having failed to contain clashes with the 'anti-Balaka' and other violence.

The Seleka occupies much of the north and an interim government is struggling to assert its authority. France has started withdrawing some of its troops from the country, as a U.N. force, due to reach 10,000 by the end of April, deploys ahead of elections due later this year.