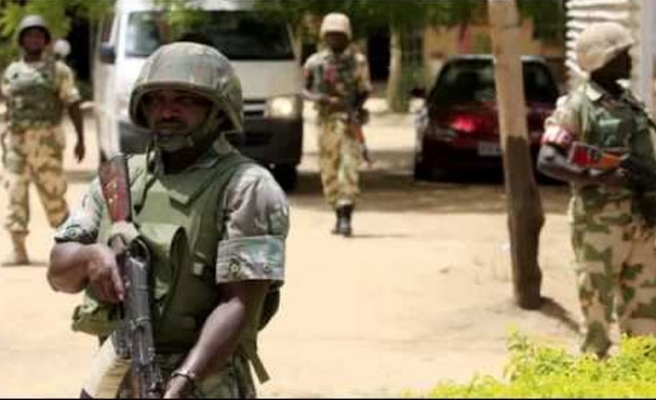 "Fotokol was captured Wednesday morning by Boko Haram militants. Following heavy fighting, the Cameroonian-Chadian force was forced to make a tactical retreat from the city," the source told The Anadolu Agency on condition of anonymity.

According to the source, at least three Cameroonian troops were killed, along with several civilians.

"There were at least three fatalities among the ranks of the Cameroonian soldiers, as well as civilian losses. Boko Haram elements torched all the houses in their way and several people were slaughtered," he said.

In recent months, Boko Haram – which operates mainly in neighboring Nigeria – has stepped up attacks on Cameroonian troops and civilians, especially in Cameroon's Extreme North region.

Chad's army said it had killed more than 200 militants from Boko Haram on Tuesday in a battle in the northeastern Nigerian towns of Gambaru and Ngala, which are near the border with Cameroon.

Chad has deployed 2,500 troops as part of a regional effort to take on the militant group, which has been fighting for five years to create an emirate in northern Nigeria. An estimated 10,000 people died in the region last year.

Chad's army also destroyed more than a dozen vehicles equipped with heavy weapons in the battle, and 100 motorcycles used by the militants, the army high command said in a statement on Wednesday. There was no independent confirmation of its claim.

Boko Haram fighters also attacked the town of Fotokol in Cameroon on Wednesday but were repelled, a Chadian military source reached on the front said by telephone.

"The insurgents have been driven out. They tried to surprise us because the Chadian troops who were in Fotokol had crossed over to Nigeria," he said.

The attack represents the latest cross-border incursion by Boko Haram, who operate near Nigeria's borders with Niger, Chad and Cameroon.