﻿Notably, no officially documented cases of serious illnesses as a result of decades of drinking brackish water have emerged from the village. 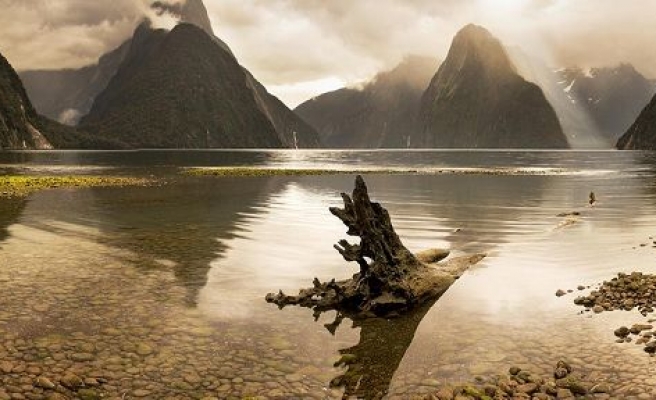 Zenaba Zakaria and her six children have been accustomed to drinking brackish water all their lives – the only water available in the Chadian desert village of Ambassatna.

"It may be dirty and it may taste different, but for us it doesn't constitute a danger or threat," Zakaria told Anadolu Agency.

"We are living by God's mercy; this is our water that He gave us," she said.

Zakaria and her children are among over 40,000 residents of Ambassatna – located some 400km west of capital N'Djamena – who have endured a decades-long potable water crisis, despite frequent government promises to resolve the problem.

Notably, no officially documented cases have emerged of serious illnesses as a result of decades of drinking brackish water.

"My 90-year-old father has been drinking this water all his life," said Ahmet Absakine, who now lives in N'Djamena but who still visits his father – whom he provides for during drought season – in Ambassatna.

Abdel-Karim Baraka, a dignitary who acts as a legal representative for the village, said a government project to dig 70-meter-deep wells had not yielded any "qualitative results."

"The water's color and salty taste have not changed," Baraka said. "Perhaps the village's water problem is tied to many geological aspects."

According to Baraka, the only two ways to bring drinkable water to the village is to either buy bottled water from N'Djamena or to send villagers to fill water buckets from nearby Ati village.

But Absakine, like many village residents, believes the authorities have been "negligent" in dealing with the persistent crisis.

"The company hired to pave the road has drilled a well to supply its officials with water and the water quality from that well was much better," he said.

"The water here can be improved; it is certainly a matter of political will and resources," he added.

Ali Moomin, another local village representative, said the village's water crisis was exacerbated by the fact that only one of its three water towers – which are meant to provide potable water – was functional.

"Last year, due to the lack of water in the area, people drank from a pond just behind the village's market, triggering a cholera outbreak," Moomin recalled.

"Unfortunately, [local authorities] do not have sufficient resources to meet citizens' needs," he added.

Zakaria, for her part, has already begun worrying about next year's drought season, which will add to the distance she already must travel every day to support her six children.

"We will not have any source of water near the village from next April through July, so I will have to travel five to six extra miles to fill the jerry cans with pond water to meet household needs," she said.