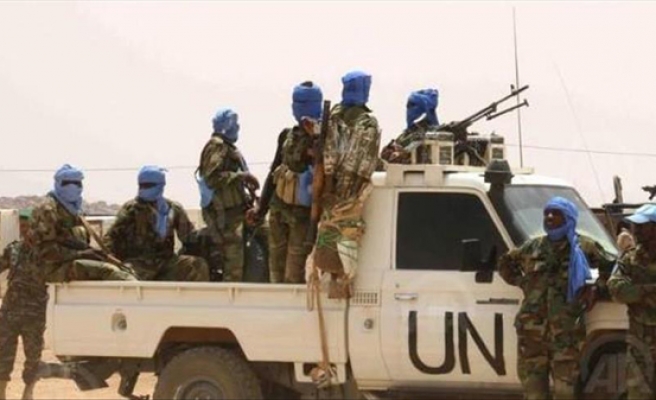 A Chadian peacekeeper has killed two of his colleagues at a UN camp in Mali’s northern town of Tessalit, the UN mission said in a statement Sunday.

The incident occurred Saturday night at the UN Stabilization Mission in Mali (MINUSMA) camp in Tessalit "where a peacekeeper shot three colleagues. Two lives were lost, another was slightly injured," the statement said.

"The suspect was arrested and security at the camp has been tightened," the statement said adding that an investigation will be conducted to "determine the cause and exact circumstances of the incident".

On Feb. 25, another Chadian peacekeeper also killed two of his colleagues, including his commander in Kidal, northern Mali, after a quarrel over their living and working conditions at the camp.

With 1,151 soldiers and police officers out of nearly 11,700 peacekeepers in Mali, the Chadian contingent is the third-biggest force in MINUSMA behind Burkina Faso (1,742) and Bangladesh (1,725).

MINUSMA was deployed in Mali in July 2013.