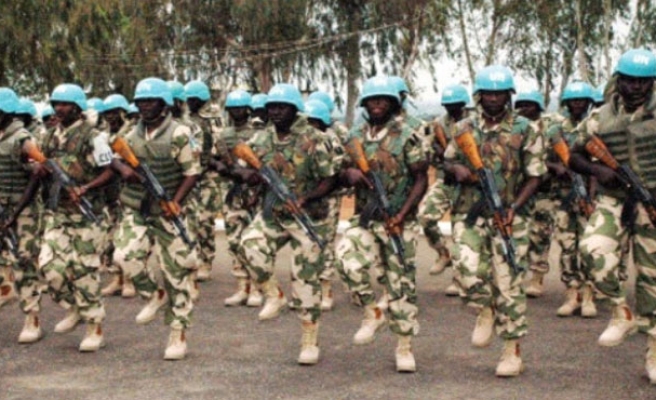 World Bulletin / News Desk
Nigeria has denied that Chadian troops, or any other foreign forces, are fighting Boko Haram militants on its soil.

"Contrary to the impression being pushed in some quarters, it is Nigerian forces that planned and are driving the present onslaught against terrorists on all fronts in Nigeria – not Chadian forces, as is being propagated by some media," army spokesman Chris Olukolade said in a Wednesday statement.

He added that military operations were being carried out by Nigerian troops in cooperation with the Multinational Joint Task Force (MJTF), a military force comprised of contingents from Cameroon, Chad, Niger and Nigeria.

Olukolade stressed, however, that the foreign contingents were generally restricted to border areas.

"For instance, Chadian forces have been deployed in Baga Sola, which is a Chadian territory," he said.

Recent media reports had suggested that the Chadian army had routed Boko Haram militants from Baga, a town in Nigeria's northeast that had been recently seized by the insurgents.

Olukolade noted that there had also been "joint deployments and patrols" around Kirawa, Ashgashiya and other locations on the borders of Cameroon, Nigeria and Chad.

The MJTF was created in the 1990s with a mandate to combat cross-border crime. The outfit, however, has come in handy in the fight against Boko Haram.

In Borno State alone, militants captured the key towns of Bama, Gamboru Ngala and Gwoza, which they have since made the headquarters of their self-styled "Islamic Caliphate."

Currently, about 20 of Borno State's 27 local council areas are said to have been seized by the militants.