Chadian troops began arriving in Cameroon to support the country in its fight against the Boko Haram militant group, which has recently stepped up attacks in Cameroon's Far North Region 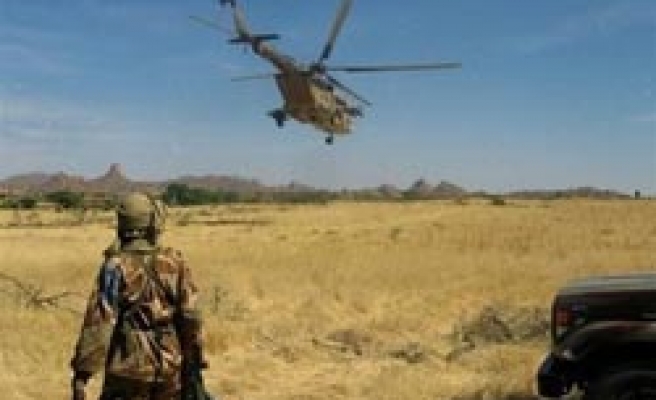 Tens of thousands of people rallied in the capital of Chad on Saturday in support of the authorities' decision to send troops to fight Nigeria's Boko Haram militants.

Prime Minister Kalzeube Pahimi Deubet led the demonstrators as they marched from city hall in the capital N'Djamena to the Place de Nation square, AFP reported, carrying Chadian flags and chanting in French and Arabic: "Kick the forces of evil out of our territory."

A large banner read: "We support our army. The people of Chad support their Cameroonian and Nigerian brothers in the fight against terrorism."

"The country is seriously threatened by Boko Haram," said Ouchar Tourguidi, head of the main party in parliament, calling the rally "important for boosting morale of our troops who are going to the front."

Chadian troops began arriving in Cameroon on Friday to support the country in its fight against the Boko Haram, which has recently stepped up attacks in Cameroon's Far North Region, according to a security source.

"Senior officers arrived in the northern city of Maroua on Thursday, where they held meetings with administrative and military authorities in the region," the source said.

Maroua is the regional capital of Cameroon's Far North Region, which shares a border with Nigeria.

Several senior Cameroonian military officials, however, have reportedly expressed skepticism over the decision to deploy Chadian troops in Cameroon outside the framework of a joint multinational force.

"Coordination problems could arise among troops as soldiers only take orders from their superiors," a senior Cameroonian army official, who requested anonymity, told The Anadolu Agency.

"A Chadian colonel, for example, is not allowed to carry out land operations in Cameroon – so who will coordinate between the two forces?" he wondered.

Another security source told AA: "There is talk of establishing a sub-regional multinational force, but Cameroon is seeking an alliance with Chad to protect its territory due to Nigeria's reluctance to join the force."

Information regarding the total number of troops, where they will be stationed, and the operation's sources of funding has yet to be revealed.

The military support from Chad comes after Boko Haram recently stepped up its attacks in Cameroon.

In a video recently posted on YouTube, Shekau warned Biya that Cameroon would suffer the same fate as Nigeria.