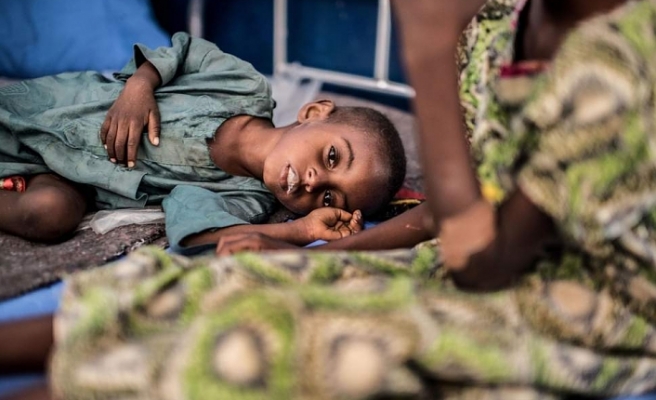 UNICEF nutrition experts say the crisis is most prevalent in Adamawa, Borno and Yobe -- the three states in the country’s northeast worst hit by the Boko Haram insurgency. They call the crisis a national emergency which deserves prompt attention.

“One in six children in northeastern (Borno, Yobe and Adamawa) suffer from severe malnutrition. Indeed, one in every two children (50 percent) are stunted in the region,” Davis Bamidele Omotola, UNICEF nutrition consultant, said at a media dialogue on malnutrition in Yola, the capital town of Adamawa, last week.

These are not just figures, experts warned, saying the statistics mean the affected children are either destined for early death or a life of unfulfilled dreams since they are unable to cope in school or any vocation.

“If Nigeria overcomes the menace of malnutrition, 33 percent of poor people will get out of extreme poverty and give their own children a better chance at life,” Omotola said. He added that the cycle of generational poverty may also be broken if proper attention is given to nutrition.

Investing in children's nutrition offers some of the greatest opportunities for social and economic change in Africa. Experts say there is a return on investment of $16 on every dollar spent to raise nutrition level.

“There will be grave implications if we ignore malnutrition,” Sesugh Akume, a former spokesman for the #BringBackOurGirls movement, told Anadolu Agency. “This issue must be on top of the agenda if we are serious about the future of this country.”

Martin Jackson, UNICEF nutrition officer in northeastern Bauchi State, said non-profit organizations have done a lot to save the children but such efforts are not enough.

Jackson called on government and the parliaments at the national and state levels to not just allocate enough funds to address the crisis but to also ensure that the funds are released to execute the plan.

But there is more to the crisis than government committing huge funds to fight malnutrition.