Children are the silent victims of conflict in South Sudan 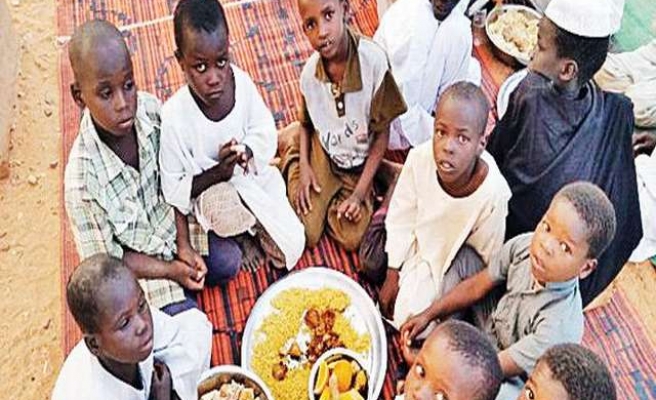 World Bulletin/News Desk
Children are bearing the brunt of South Sudan's ongoing conflict, according to a new report by an international humanitarian aid, development and advocacy organization.

"Children are suffering due to the violence they experience," Perry Mansfield, the South Sudan national director for World Vision International, told reporters upon the report's release in Juba on Monday.

"Children have been forced to work, have been torn away from their families and are living in precarious conditions," he said.

"More than 31,000 [children] have experienced gross violations of their rights – abducted, killed and raped," Mansfield lamented.

Hundreds of thousands of South Sudanese have since been displaced in the fighting between the two rivals, leading to an increasingly dire humanitarian situation countrywide.

The report was based on interviews with 160 children between the ages of five and 18 in protection-of-civilian (POC) sites in Juba, Malakal and Kodok in Upper Nile State in the month of October.

According to World Vision, 60 percent of South Sudan's population of about 12 million is under 18 years old.

Addressing the press at the report launch, chief of child protection at UNICEF in South Sudan, Fatuma Ibrahim, said 22,000 children had been separated from their parents during the ongoing crisis.

"There are also 12,000 children who may have associated with armed groups in the last year," she added.

"By 2013, the country had already made progress towards child issues. But come December, we started seeing children either joining the armies voluntarily or forcefully," recalled the UNICEF official.

She estimated that 600,000 children had been psychologically affected by the war.

While speaking to The Anadolu Agency after the release of the report, Mansfield underlined the need for more contributions from the donor community.

"Response by the humanitarian communities was there. They worked diligently to assist the affected people and for the children in South Sudan," he noted. "But there is a lot to be done."

Mansfield said that while emergency programs had received 72 percent of the needed funding from international donors, programs to ensure the protection of children were not fully funded.

"The primary needs of children have not been met," he regretted. "Child protection and their education have been the least funded areas."

"Children are the first to be affected and the last to be relieved," she lamented.

"The international community should do everything possible to bring peace to South Sudan and address the issue of children," said Ibrahim.