The MISCA has cracked down on the anti-balaka militia since the recent killing of 20 Muslims in Bangui. 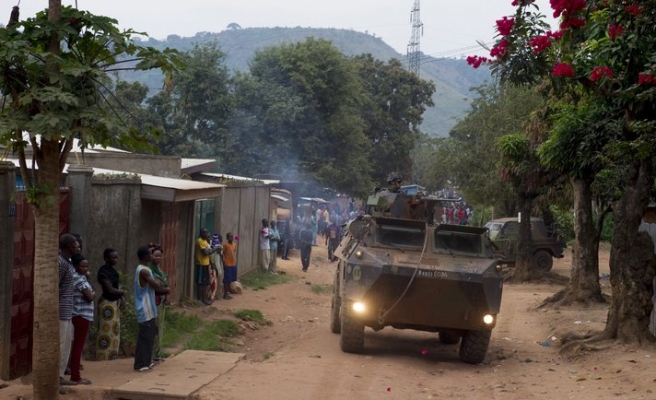 Anti-balaka militants shouted a barrage of insults at peacekeepers from the African-led International Support Mission to the Central African Republic (MISCA) as the latter was patrolling in the predominantly Muslim Kilometer 5 district.

In response, MISCA troops disarmed a number of militants.

No clashes were reported.

The MISCA has cracked down on the anti-balaka militia since the recent killing of 20 Muslims in Bangui.

The mineral-rich country descended into anarchy one year ago when Muslim Seleka rebels ousted Christian president Francois Bozize, who had come to power in a 2003 coup.

Since last December, thousands, mostly Muslims, have been killed in sectarian bloodletting throughout the country blamed on the anti-balaka militia.

According to the UN refugee agency, around 173,000 people had been internally displaced while 37,000 others had fled to neighboring countries.

Some 1,600 French and 6,000 African peacekeepers are currently deployed in the mineral-rich, landlocked country.