Fighting between al Shabaab and government forces in the north of Somalia's capital has killed at least 52 civilians, a local rights group said. 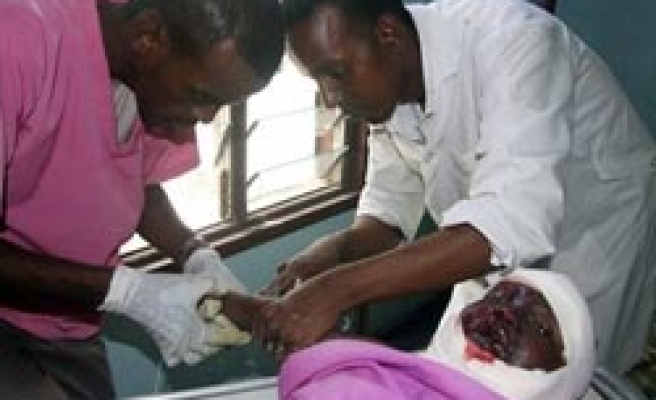 Fighting between al Shabaab and government forces in the north of Somalia's capital has killed at least 52 civilians and wounded scores over the past week, a local rights group said on Tuesday.

Troops from Uganda and Burundi make up the roughly 6,300 strong African Union force protecting key sites in Mogadishu and there have been calls for their mandate to be widened so they can go on the offensive against Shabaab fighters after Uganda attacks that killed 73 people.

"It is ceaseless fighting and shelling between government forces and al Shabaab in the north of Mogadishu," Ali Yasin Gedi, vice chairman of the Somalia-based Elman rights group told Reuters on Tuesday.

"At least 52 people died and 129 others were injured in this week's fighting."

Al Shabaab and another Islamist militia have been fighting the Western-backed Somali government since the start of 2007. They control much of the capital but have failed so far to drive President Sheikh Sharif Ahmed from office. Both have opposed presence of any foreign troops.

Mogadishu residents said AU tanks and government troops made some advances on Tuesday, retaking areas lost to al Shabaab a day earlier, although civilians once again bore the brunt of shelling by both sides.

On Sunday, a shell hit a building next to Koranic school between the presidential palace and the city's port, wounding 14 children studying there, witnesses said.

"The shrapnel penetrated into the school which was made of iron sheets," said Aden Bashir. "My sons sustained injuries in the head and hand."

At least 21,000 civilians have been killed since the start of the insurgency. Aid agencies and rights groups have become increasingly concerned about indiscriminate shelling and some have accused combatants on all sides of war crimes.