Four PDCI dissidents said they would defy the party congress if it supports the arrangement between Ouattara and Bedie and would stand in this year's elections anyway. 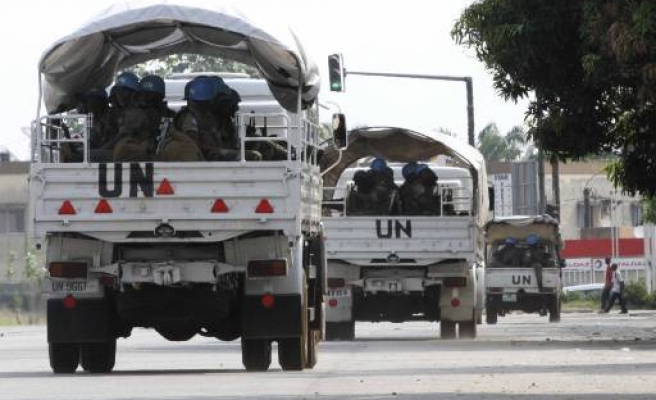 Their party, the Democratic Party of Ivory Coast (PDCI), is still expected to endorse the deal at its party congress on Saturday. But the four dissidents are threatening to present their own candidacies and challenge Ouattara at the polls.

Backing Ouattara "would finish the PDCI off once and for all," Kouadio Konan Bertin, the party's former youth leader and currently a member of parliament, told a press conference in the commercial capital Abidjan.

The agreement they were rejecting was struck by former President Henri Konan Bedie, the leader of the PDCI. He announced in September that his party would not field a candidate in elections expected in October and would throw its support behind Ouattara.

After finishing third in the first round of the last election in 2010, Bedie's support in a run-off swept Ouattara to power. In exchange for its support, the PDCI gained the post of prime minister, along with several other key government portfolios.

Then-President Laurent Gbagbo refused to accept defeat in the election and plunged the world's top cocoa grower into a civil war that killed some 3,000 people.

On Thursday, the four PDCI dissidents said they would defy the party congress if it supports the arrangement between Ouattara and Bedie and would stand in this year's elections anyway.

"We won't be independent candidates," Banny said. "We will be PDCI candidates."

Ouattara, a former senior International Monetary Fund official, has won praise for reviving the Ivory Coast economy following the civil war. In a sign of renewed confidence, investors placed nearly $4 billion in orders for a $1 billion Eurobond which Ivory Coast marketed on Tuesday.