The trial in the town of Beni in North Kivu province centred on the murder of Colonel Mamadou Ndala, one of the heroes of a rare army victory over M23 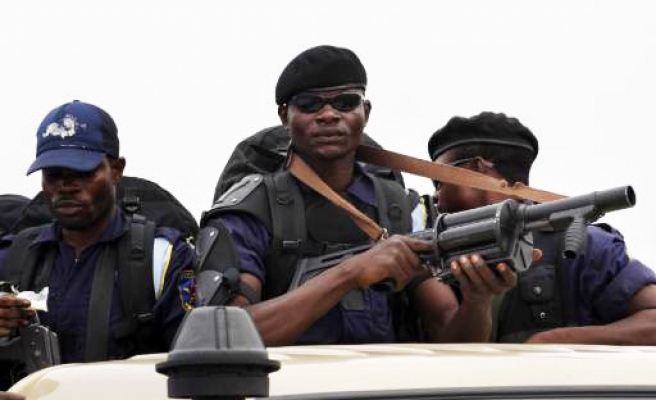 A military tribunal in eastern Democratic Republic of Congo on Monday sentenced to death a senior army officer and a rebel commander he was meant to be fighting, defence counsel and observers said.

In a trial that highlighted the deep splits that plague Congo's military, sentence was pronounced after Lieutenant Colonel Nzanzu Birotsho and Jamil Makulu, leader of the Ugandan Islamist Allied Democratic Forces (ADF) rebels, were convicted of terrorism and belonging to an insurrection movement.

But since Congo has observed a moratorium on carrying out death sentences over the past decade, prison time would be the more likely outcome. Three officers convicted alongside Birotsho were expelled from the army and handed sentences ranging from 12 to 20 years. Two others were acquitted.

Makulu and most of the other alleged ADF members charged with crimes were not brought into custody and were tried in absentia.

The trial in the town of Beni in North Kivu province centred on the murder of Colonel Mamadou Ndala, one of the heroes of a rare army victory over M23 - the strongest rebellion in Congo's resource-rich but conflict-ridden east - last year.

After helping defeat M23, Ndala had come to Beni to plan a joint operation with United Nations troops targeting the ADF when he was killed in a rocket attack on his vehicle near the village of Mazizi in January.

During the trial, a self-proclaimed former ADF commander testified that Birotsho, the former head of military intelligence in North Kivu, provided the rebels with information about Ndala's whereabouts in exchange for $34,000.

Birotsho's lawyer Augustin Tshisambo acknowledged the verdict of the military tribunal, which expelled him from the army and called for him to pay $2.9 million in damages to Ndala's family. But he said the court had fallen short of finding his client directly responsible for Ndala's murder.

"The court is the tribunal of first and last resort so the verdict can't be appealed here," Tshisambo said. "But we can appeal to the (African Court on Human and Peoples' Rights) in Addis Ababa."

The trial was held against the backdrop of a spate of unexplained nighttime massacres - most committed with hatchets and machetes - that civil society members in Beni say have killed at least 120 people beginning last month.

The government has blamed the ADF for the attacks, which have triggered anger and suspicion among Beni residents, who accuse the government and U.N. forces of failing to protect them.