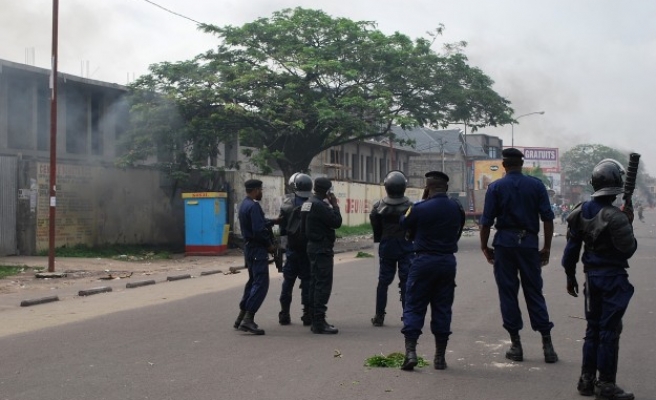 Government forces launched strikes against Rwandan Hutu rebels in Democratic Republic of Congo on Tuesday, military officials said, in the first combat since last month's announcement of a campaign to stamp out the group.

The Democratic Forces for the Liberation of Rwanda (FDLR), whose ranks include former soldiers and Hutumilitiamen responsible for Rwanda's 1994 genocide, have been at the centre of nearly two decades of violence ineastern Congo.

Tuesday's fighting took place in South Kivu province in the hills inland from the lakeside town of Uvira, which sits some 10 kilometres (6 miles) from the border with Burundi, Espérant Masudi, the provincial commander of operations, told Reuters.

Another officer with the army, known as the FARDC, said the assault, launched early in the morning, had captured all the FDLR's strongholds in the area.

"The FARDC launched a large attack in the Moyen Plateau of Mulengem ... It was a well-planned operation," he said, speaking on condition of anonymity.

He added that no casualty count was yet available but said the army had met only light resistance from the FDLR, whose fighters can melt into eastern Congo's rugged landscape when confronted.

A spokesman for Congo's United Nations peacekeeping mission, MONUSCO, said that he was unaware of any combat.

While the FDLR has a presence in South Kivu, the bulk of its estimated 1,400 fighters are believed to operate in neighbouring North Kivu province.

The army announced on Jan. 29 the start of the long-awaited campaign against rebels, whose presence in Congo was used as a pretext for military interventions by Rwanda that helped spark successive wars in Congo, killing millions.

The FARDC is carrying out the operation alone after rejecting support from MONUSCO. The decision followed a row over two generals involved in the campaign whom the United Nations suspects of human rights abuses.