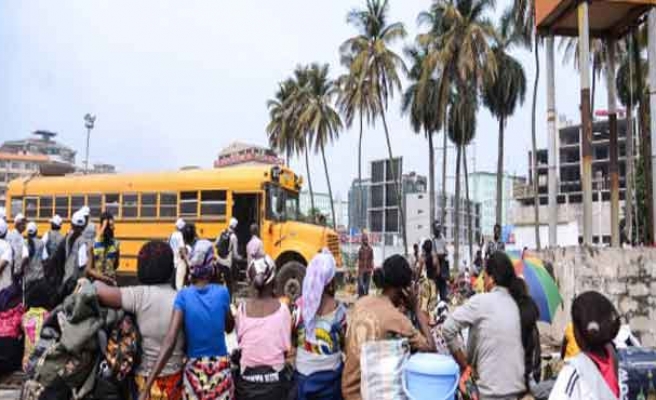 Democratic Republic of Congo's Senate has delayed until Friday a vote on changes to the electoral law after calls from Western powers to withdraw or alter the proposed bill, which has sparked days of violent protests.

The new legislation calls for a census before elections due next year. President Joseph Kabila's allies say the move is necessary to update voter lists, but critics say it is a ploy to allow him to remain in office beyond the period of his final term.

The capital was largely quiet on Thursday but witnesses said at least one woman was killed when police fired tear gas and live rounds to disperse thousands of protesters in the eastern city of Goma. Police told Reuters only tear gas and sound grenades were used.

At least 42 people have been killed in clashes with security forces, one campaign group said on Wednesday. The government, which denies any plan to delay elections, said 15 people, most of them looters, have died.

The bill, which was approved by the lower house on Saturday night, was delayed because the Senate commission examining the legislation had not finished looking at proposed amendments.

"For the future of our country, we cannot botch it. That is why we need to give the commission the time to finalise that law that satisfies everyone," Senate President Leon Kengo Wa Dondo told legislators.

UN Secretary-General Ban Ki-moon and international envoys for the Great Lakes region expressed concern about this week's violence and called for restraint. They also reiterated the need for a credible, peaceful and timely electoral process.

"The Secretary-General underscores the Government's responsibility to provide political space for the peaceful expression of opinions," the statement said.

"They invited the president of the Senate to take into consideration the tension that was prevailing in Kinshasa and other towns of the country," the diplomat told Reuters, asking not to be named.

"They urged him either to suspend the modifying law or to remove the incendiary provisions," the diplomat added.

A meeting with the head of the National Assembly was also planned.

The opposition says a census would take years to organise in a poor nation the size of Western Europe and would extend Kabila's rule beyond his 2016 term limit. In a joint statement on Thursday, opposition parties deplored what they called "arbitrary arrests" including of the coordinator of the Civil Society of DR Congo Christopher Ngoyi.

They also announced further protests for Monday if the Senate approves the bill.

Kabila became president in 2001 when his father, Laurent, was assassinated. He went on to win elections in 2006 and 2011 but, according to the constitution, cannot run for a third term.

A native of the Swahili-speaking eastern province of Katanga, Kabila has struggled to win over the capital, Kinshasa, which has seen most of the violence in recent days.

"Kengo (Wa Dondo) is very adamant to diffuse the situation. They (the government) are very aware of the possible repercussion," a second diplomat said.