The mineral-rich but infrastructure-poor central African country has some 65 million people spread across a nation as big as western Europe, making any count of its population difficult. 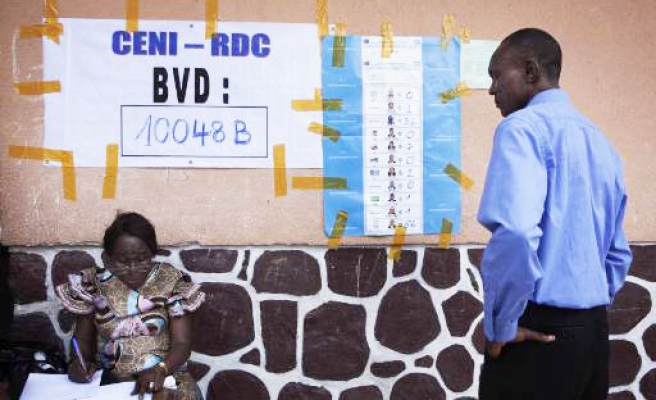 Democratic Republic of Congo's lower house of parliament approved on Saturday a revision to the country's electoral code that opponents say will delay the 2016 presidential election by years.

The bill, which requires that a national census be carried out before elections slated for next year, now moves to the Senate, which could examine the measure as soon as Sunday, National Assembly President Aubin Minaku said.

The final vote was 305 for and eight against, with 24 abstentions. Most opposition lawmakers boycotted the session.

Critics charge that the census is a ploy to let President Joseph Kabila hold onto power beyond the end of his current mandate. Kabila won elections in 2006 and 2011 but is constitutionally barred from standing for a third term in 2016.

The mineral-rich but infrastructure-poor central African country has some 65 million people spread across a nation as big as western Europe, making any count of its population difficult.

Backers of the reform insist it is needed to ensure fair elections and argue that the census, Congo's first since 1984, can be completed in a year.

Government spokesman Lambert Mende, however, acknowledged to French radio on Friday that elections could be postponed to 2017.

The vote, originally expected on Monday, was hastily declared for Saturday, a national holiday, the night before in an apparent effort to preempt opposition protests planned for Monday.

Opposition parties had urged people to occupy the parliament building on Monday to block the vote. [ID:L6N0UU4TG

In a statement issued Friday night, they called the convening of parliament on a holiday commemorating the assassination of Congo's first prime minister Patrice Lumumba in 1961 a "sacrilege" and vowed to go ahead with the Monday protest.