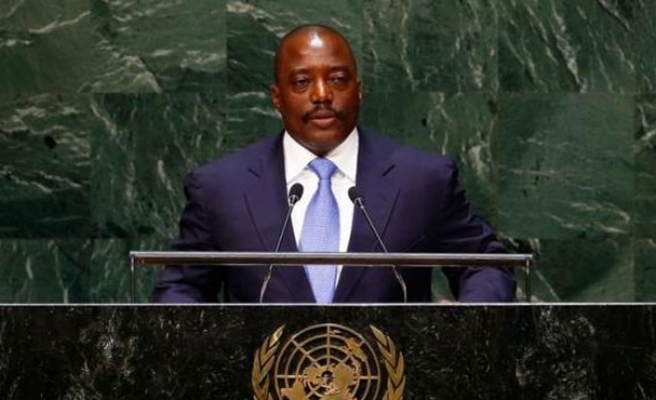 Democratic Republic of Congo's lawmakers will remove part of an electoral reform bill the opposition says was aimed at keeping President Joseph Kabila in power, the head of the national assembly said on Saturday.

Parliamentarians will vote on the bill on Sunday, Aubin Minaku said, potentially ending a violent standoff in which some 42 people have been killed in the capital and other parts of the country during violent protests over recent days.

"The line in question (will) be purely and simply withdrawn from the law," Minaku told journalists in Kinshasa. "We have responded to [the people's] expectations so that there is serenity."

Under Kabila's proposed law, a national census would have to be completed before the next presidential elections, expected in 2016. The government argues a census is long overdue and would allow better management of the country.

But the opposition says the new bill is a ploy to keep Kabila, 43, in power beyond the end of his mandate in 2016, as a census would take years to complete in an impoverished country the size of western Europe.

Last weekend, the assembly approved the bill with the census requirement, while the Senate voted on Friday to exclude it from the proposed legislation.

Western diplomats met Democratic Republic of Congo President Joseph Kabila on Saturday in a bid to persuade him to drop plans for amending the country's electoral law, officials said, after the measure drew violent protests earlier this week.

The envoys, representing the United States, Britain, France, Belgium, the European Union and the U.N. peacekeeping mission in Congo, met Kabila at his Kinshasa residence, said a Western diplomat, who asked not to be named.

"The ambassadors met the president ... to warn him of the risk of things getting out of control over the modification of the electoral law that has provoked so much tension," the diplomat said.

The same envoys have met the presidents of the Senate and National Assembly to urge them to drop the census provision.

Kabila's proposed bill has angered people across the country. He has been in power since 2001, when he took from his father after the latter was killed.

His last reelection in 2011 was marred by widespread rigging, according to observers, and there is simmering discontent over prevailing poverty despite Congo's riches in minerals including copper, diamond and gold.

Some 42 people were killed in protests since Monday in the capital Kinshasa and other major cities, rights groups say. Protest leaders have called for new demonstrations unless the entire law is withdrawn.

In a statement released on Saturday, the U.S. campaign group Human Rights Watch (HRW) said the DRC government had deployed "unlawful and excessive force" against protesters.

The government spokesman was not immediately available to respond.