Rwanda and Uganda were accused by U.N. experts of supporting M23 with troops, arms and intelligence during the 2012-13 conflict, though both countries denied it. 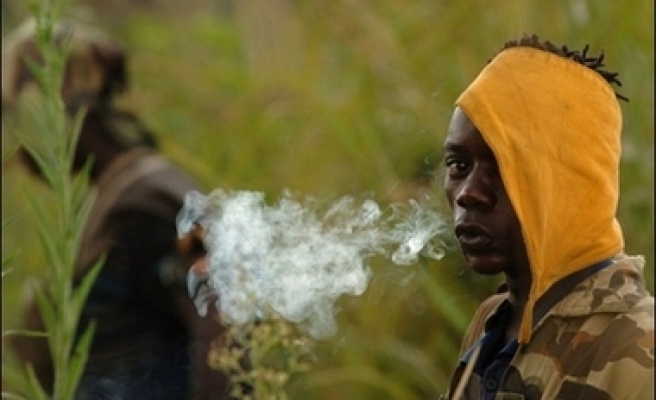 Democratic Republic of Congo is to start repatriating former M23 rebels from neighbouring countries, a government official said on Thursday, a process it hopes will prevent the defeated insurgents regrouping.

More than a thousand fighters are believed to have fled into Rwanda and Uganda after Congolese and U.N. forces quashed the eastern rebellion in 2013. Most now live in military-run camps awaiting amnesties promised under a peace deal.

"They will leave behind their arms and proceed to the beginning of repatriation," said Francois Muamba, the Congolese official responsible for overseeing implementation of the deal.

Congo has come under international pressure to speed up implementing the peace deal, which grants amnesties for former rebels who promise not to take part in any future insurrections. It does not apply to those wanted for war crimes.

Muamba said the repatriation mission by a high-level delegation was still awaiting a final approval from Rwanda. Rwandan officials were not immediately available for comment.

"We gave (Congo) a one-month ultimatum about six weeks ago to come and repatriate their people because they've been maligning us that we're protecting rebels," he told Reuters.

Oryem said Uganda was hosting 1,430 ex-M23 fighters and had threatened to give them refugee status, which would allow them to circulate freely, something that would concern Kinshasa.

Rwanda and Uganda were accused by U.N. experts of supporting M23 with troops, arms and intelligence during the 2012-13 conflict, though both countries denied it.

In its most recent report, in June, the experts warned that M23 members were escaping from camps in Rwanda and there was growing evidence the movement was regrouping in Uganda.

Some 330 ex-fighters now in Uganda and 229 in Rwanda have so far been amnestied, Muamba said. More would be announced in the coming days, he added.

The former combatants will be sent to the Kamina military base in southeastern Congo to enter a demobilisation and disarmament programme.