Congolese warlord Thomas Lubanga Dyilo was found guilty in a war in the Democratic Republic of Congo in 2002 and 2003. 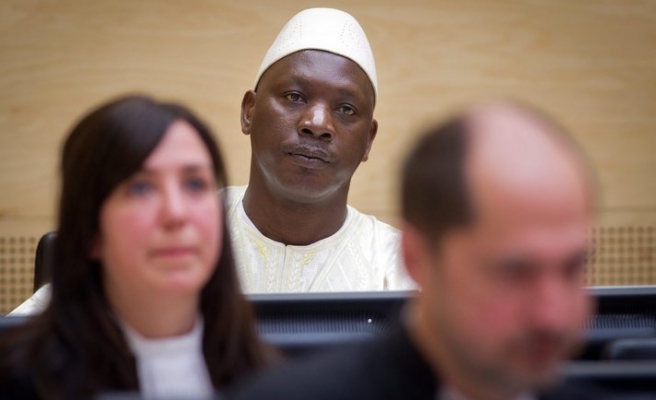 Lubanga was found guilty in March of abducting boys and girls under the age of 15 and forcing them to fight in a war in the Democratic Republic of Congo in 2002 and 2003.

The sentencing was a landmark for the first permanent international criminal court, which recently celebrated its 10th anniversary.

Presiding judge Adrian Fulford said the time Lubanga had spent in the court's detention centre in The Hague would be taken into account, meaning his sentence has only eight more years to run.

Fulford criticised the ICC's founding prosecutor, Luis Moreno Ocampo, who recently completed his term of office, for his conduct of the case.

Lubanga's sentence was shortened because of his good behaviour in the face of the prosecutor's failure to disclose some evidence and giving misleading statements to the media, Fulford said.

Dressed in a grey suit, blue shirt and tie, Lubanga looked tense and wary at the start of the sentencing, slumping back in his chair. His apparent nervousness gave way to growing confidence when Fulford criticised Moreno Ocampo.

About 60,000 people were killed in the Ituri region of eastern DRC between 1999 and 2003 in an ethnic conflict that set Lubanga's Union of Congolese Patriots against militias from the Lendu ethnic group, including the Congolese Popular Army and the Patriotic Resistance Force in Ituri.