"Rumangabo is a purely military site. It is possible that there were civilians seeking refuge inside, but it is a legitimate target for the FARDC," Colonel Olivier Hamuli said. 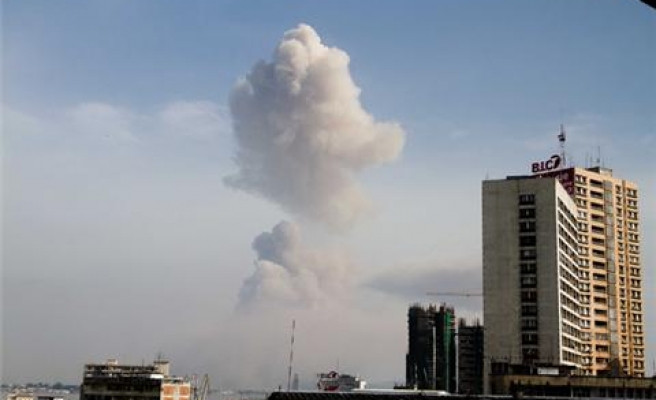 At least 10 civilians were injured, some of them seriously, in an attack by Congolese army helicopters on a rebel-held military base in eastern Democratic Republic of Congo, an official said on Wednesday.

The assault on the Rumangabo army barracks followed renewed fighting erlier this month between the military and the Tutsi-dominated M23 rebels, who accuse the government of failing to honour a 2009 peace deal.

The base, which lies 30 km (19 miles) north of Goma, the main city in the country's eastern borderlands, is a major stronghold for the M23, who seized it from the army last year.

"(The helicopters) have been over Rumangabo for the last two hours. It seems there have been quite a number of victims," said Emmanuel De Merode, chief warden at the Virunga National Park, which has its headquarters a few kilometres from the camp.

He said 10 civilians wounded in the strikes had been admitted to the park's infirmary. One man lost his leg, and two children were seriously injured by shrapnel, he added. The rest of the victims were not seriously wounded.

He said four people, including three children, died when several homes were destroyed in the raids. However there was no immediate independent confirmation of the deaths.

A spokesman for the Congolese army, known as the FARDC, said the strikes had not targeted civilians.

"Rumangabo is a purely military site. It is possible that there were civilians seeking refuge inside, but it is a legitimate target for the FARDC," Colonel Olivier Hamuli said.

The M23 rebels are made up largely of fighters who were integrated into the FARDC under the 2009 peace deal but who deserted its ranks last year, saying the agreement had not been fully implemented. They have since threatened to topple the government of President Joseph Kabila.

M23 provoked an international outcry last November when - with support from neighbouring Rwanda, according to a United Nations group of experts - they captured and briefly held Goma, a city with one million inhabitants.

They withdrew from the city under a deal that called for peace negotiations in neighbouring Uganda, but clashes resumed after those talks broke down.

The United States on Tuesday called on Rwanda to end support for M23 after a report by Human Rights Watch accused Kigali of continuing to back the group, which it said committed serious rights abuses including executions and rapes.

A report by a group of United Nations' experts released on Monday also found that Rwanda's military was backing M23, but said that its support had diminished in recent months.