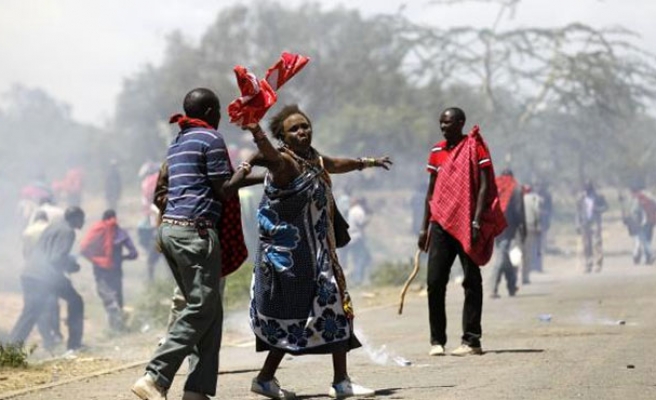 One person was killed and several injured on Monday when Kenyan police clashed with Maasais protesting against a local governor they accuse of misappropriating tourism funds from the Maasai Mara game reserve, an official said.

Police fired shots and teargas as thousands of people from the Maasai ethnic group, clad in traditional red cloaks, marched to the governor's office in Narok town, the administrative centre of the sprawling Maasai Mara park, witnesses said.

Narok County Commissioner Kassim Farah, an official appointed by the president, said: "Only one protestor was killed by a bullet.

"We regret it but the organisers of the demonstration should be held responsible, not the police."

Kenya Red Cross said seven people injured in the clashes were taken to a nearby hospital.

The dispute began when Tunai's administration contracted a company to collect Maasai Mara park entry fees, a deal the locals say was suspect.

Visitors to the Maasai Mara, one of Africa's biggest tourist draws, pay $80 per day to roam an area full of wildlife such as lions, rhinos and giraffes.

Upmarket lodges and luxury tented camps can charge hundreds of dollars per person per day for the experience, although a spate of militant attacks in Kenya as well as the Ebola epidemic on the other side of Africa have scared off many tourists.

"(Tunai) cannot account for billions of shillings from all financial sources including the Mara. He should be held to account," said Senator Stephen ole Ntutu, who was among the protesters.

Kenya's Interior Minister Joseph Nkaissery on Sunday banned all demonstrations amid fears of violence in Narok, where residents often complain about unemployment and the poor state of roads and schools.

Nkaissery said the office of the Auditor-General and the Ethics and Anti-Corruption Commission (EACC) had been sent to Narok to investigate graft claims which Tunai has denied.

Local government finance has come under increased scrutiny from Kenyans since a newly devolved system was introduced in 2013 under which local governments receive about 43 percent of the national budget directly and are responsible for raising their own additional revenues.

Devolution was designed to spread wealth and help local communities benefit from revenue earned in their areas but analysts say corruption and other issues that have blighted national politics have now also spread to local bodies.