Friday's violence appeared to be a carryover from the murder yesterday night by identified gunmen of a transport union leader and Fayose loyalist. 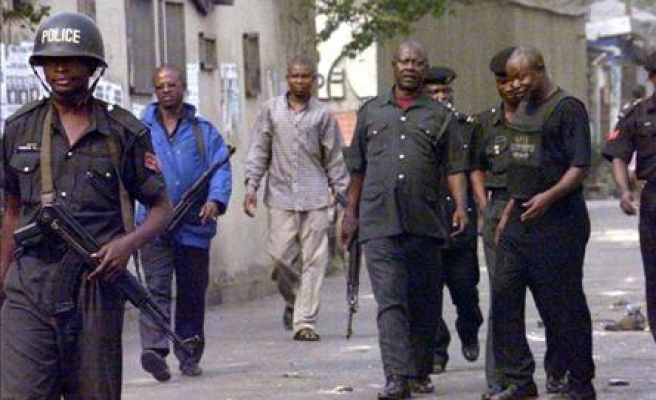 A 12-hour curfew has been imposed in Nigeria's southwest Ekiti State, where political violence has erupted in recent days.

"I have taken the decision to institute a dusk-to-dawn curfew in the state immediately," State Governor Kayode Fayemi, whose term expires next month, announced Friday.

"Accordingly, there will be no movement between the hours of 7pm and 7am every day until further notice," he told reporters.

Fayemi's campaign office and the secretariat of his All Progressive Congress (APC), the country's main opposition party, were reportedly torched earlier Friday by thugs alleged to be working for the ruling Peoples' Democratic Party (PDP).

Fayemi recently lost a reelection bid to the PDP's Ayodele Fayose, who will assume office in the next few weeks.

Both men and their respective loyalists have traded jabs over issues of governance and a recent petition filed by the APC challenging Fayose's electoral victory.

Some people, described by locals as political "thugs," invaded the court premises on Thursday and assaulted the judge.

"I have directed the attorney-general of the state to issue a legal advisory to the chief judge of the state and all the parties to the existing cases in the State High Court and the Ekiti State Governorship Elections Petitions Tribunal on the desirability of seeking an alternative venue for hearing these cases outside Ekiti State," said the governor.

Friday's violence appeared to be a carryover from the murder yesterday night by identified gunmen of a transport union leader and Fayose loyalist.

Police have yet to comment on the killing or the recent spate of political violence.