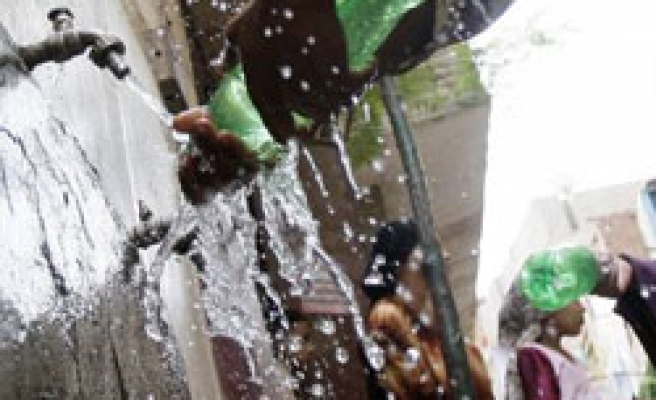 An acute shortage of running water caused by damage to a main water pipeline is forcing thousands of Senegalese to roam the capital's streets with barrels, basins and bottles seeking water for their families.

Long lines of people, who can't afford bottled water, can be seen across the capital near makeshift wells and water trucks. Many of them said they had to walk long distances to get drinking water.

"Every day I go to line up near a well to get water and I'm not allowed to have more than three barrels because other people also must have," said Khadidatou Faye, the mother of two young daughters.

Officials blamed the shortage, which has now entered its second week, on damage to the capital's main supply pipeline in Keur Momar Sarr, a small northern locality roughly 200km from Dakar.

State-run water agency SDE said in a press statement that its engineers were working to fix the damage. But as time passes, tensions have mounted as residents grow angry over the ongoing lack of water.

Sporadic protests have been reported around Dakar, with angry youths burning tires and wood to block roads. Police have been on alert to deal with any possible outbreak of violence.

The tensions forced President Macky Sall to cut short a visit to New York where he was attending a UN General Assembly meeting. In a statement, he expressed his regret for the inconvenience and urged calm.

"I'm the first one who finds this situation unacceptable and difficult for the population. I know this is catastrophic and cannot be tolerated; all responsibilities will be located," Sall was quoted as saying by state television.

"We will commit ourselves to solutions, regardless of the price, to solve the problem of water," he added.

One of the country's consumers associations, meanwhile, has decided to bring SDE to court.

"We will make a complaint against SDE, which must be forced to provide water," association president Momar Ndao said.

The government has scrambled to provide makeshift solutions to the crisis by setting up army-supervised water distribution points in areas where water trucks are present.

Residents, however, complain that the measure has failed to meet public demand.