The last time the military said he was dead a year ago, a man looking similar to Shekau but slightly fatter continued to appear in videos issuing threats and taunting authorities 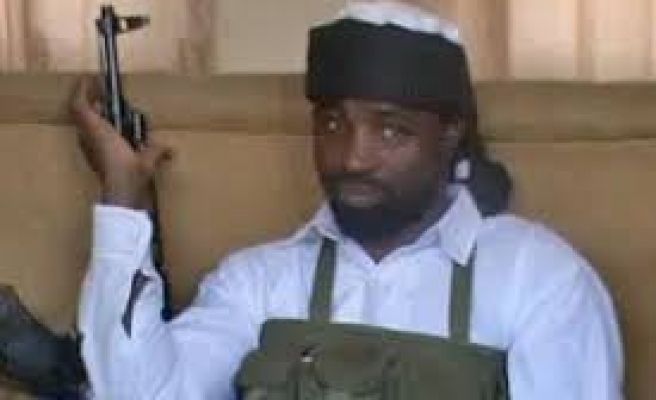 Nigeria's Boko Haram leader Abubakar Shekau, or a man claiming to be him, has been killed at least three times so far, according to the military, yet each time he apparently returns in the group's numerous videos.

Dead or alive, he appears to be fuelling fighting which rights groups say is killing more people than at any time during Boko Haram's five-year-old struggle in the north of the 175 million-strong state.

Officials say Shekau may be a name adopted by leaders of various wings of Boko Haram, raising the possibility the death of one may make others more amenable to negotiating an end to the fighting and release of 200 schoolgirls whose kidnap in April caused an international outcry.

The last time the military said he was dead a year ago, a man looking similar to Shekau but slightly fatter continued to appear in videos issuing threats and taunting authorities.

Now Nigeria's military says this video imposter -- real name Bashir Mohammed -- has died in fighting in the town of Kondugu, prompting the question whether there is another Shekau lookalike ready to continue the fight in Africa's top economy.

An alternative possibility is that Shekau is not dead.

"The Nigerian army has claimed on multiple occasions to have killed Shekau and it's been disproved," said Ben Payton, senior Africa analyst at UK-based risk consultancy Maplecroft.

Shekau took over when Boko Haram's founder and spiritual leader Mohammed Yusuf was killed in policy custody in 2009.

It is not possible to verify whether or not the videos are of the same person or more than one, but the man in later videos that the military said was Bashir Mohammed had a plumper, rounder face, his nose was wider and his bridge less defined.

The old Shekau was often quite sombre; the new one has a menacing laugh. And he only appeared after the alleged death of the real Shekau in August last year.

"The name Shekau has become a brand name for the terrorists' leader," military spokesman Major-General Chris Olukolade said on Thursday, an acknowledgment that however many Shekaus they kill, the violence is unlikely to end.

By contrast, the death of Angolan rebel leader Jonas Savimbi in battle in 2002 ended a quarter century of civil war in Angola.

"Even if Shekau has been killed ... Boko Haram is much bigger than one individual. It has multiple units that operate with a fair degree of autonomy," said Payton.

The military said on Wednesday more than 130 Boko Haram fighters had surrendered, and a man posing as the group's leader in numerous videos had been killed in clashes, although it often claims successes that are impossible to independently verify.

"It's very likely that there's two or three Shekaus and the commanders of different factions decided to all use the name," said Jacob Zenn, Boko Haram expert at the Jamestown Foundation.

"Possibly, that leaves ... an opportunity to capitalise on the death of this Shekau and start talks with various (other) members of Boko Haram."