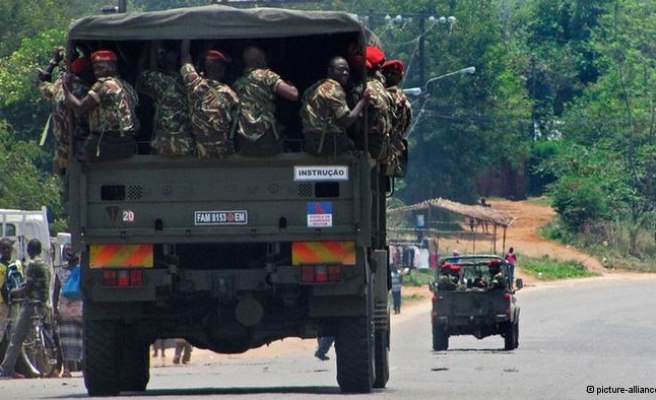 Nine members of a convoy carrying Mozambique's opposition leader Afonso Dhlakama were killed in a shootout, police said Saturday, amid conflicting reports on how the gunfight erupted.

Police said armed men in the 12-vehicle convoy had opened fire on a minibus taxi carrying civilians while travelling near Imchope in central Mozambique on Friday, killing the driver, while Renamo claimed that the convoy had been ambushed.

It was the second time in two weeks that a convoy carrying Dhlakama, a former rebel leader still at odds with the government, had been involved in a shooting.

"According to our reports, it seems the minibus came too close to Renamo’s convoy, who thought it was attacking, so they opened fire," police commander Armando Mude told AFP.

The minibus driver was killed and three passengers were injured, he said.

When police arrived on the scene a gunfight erupted and "nine deaths are reported among Renamo’s ranks," Mude said.

The surviving Renamo members -- apparently including Dhlakama -- fled into the bush and a police operation was continuing in the area, he said.

"It ’s been a big effort to contain the population. They were furious at Renamo and set fire to their cars which the gunmen had abandoned before fleeing into the bush."

He said there had been eight armed men in each vehicle of the Renamo convoy.

Renamo spokesman Antonio Muchanga told AFP Dhlakama was unhurt after being "ambushed for the second time in two weeks" and was in hiding.

On September 12, Dhlakama also escaped unhurt after his convoy was hit by gunfire as he returned from a rally in the central Manica province.

Renamo said that was a "planned attack" by the ruling Frelimo party and threatened retaliation.

The political situation in Mozambique has been unstable for months with Dhlakama refusing to recognize the results of 2014 elections and threatening to seize power by force in the northern half of the country.

Renamo waged a 16-year civil war against the formerly marxist Frelimo government, which ended in 1992.