At least six people were killed on Tuesday in a third day of violence in Yemen's capital, medics said. 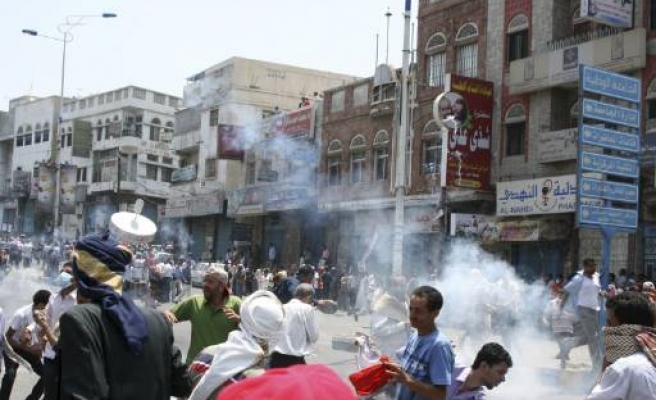 At least six people were killed on Tuesday in a third day of violence in Yemen's capital, medics said, and Reuters reporters saw snipers positioned on the upper levels of buildings as protesters took to the streets.

Four soldiers, part of a defected brigade which supports the demonstrators, were killed in fighting with government forces, medics at a field hospital said. Two people had died earlier on Tuesday when at least three shells hit a protest camp.

Violence has shifted from a crackdown on protesters seeking an end to the 33-year rule of President Ali Abdullah Saleh to a military confrontation between government troops and soldiers who have defected to the opposition.

It was not immediately clear who were the snipers who appeared on buildings. Pro-Saleh snipers had shot several protesters on Monday. Soldiers loyal to defected General Ali Mohsen were also on the streets.