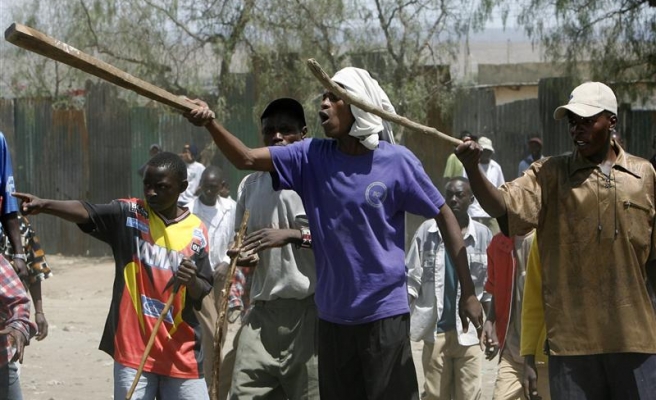 Four people have been killed and thousands left homeless in Elgeyo-Marakwet County in Kenya’s Rift Valley province since fighting erupted on Saturday -- apparently over land disputes -- between two rival clans.

"My neighbor’s house was burnt down in the violence," local resident Oliver Kiptoo told Anadolu Agency by phone. "I took them into my home, but we too had to flee after fighting erupted again."

Since then, he said, he and his family had sought refuge in the bush.

"Most of our belongings have been destroyed; our children have no clothes, as everything was burnt," he said.

"Our food stocks are also limited," Kiptoo added, going on to urge the government for immediate help.

According to Rift Valley Regional Coordinator Asman Warfa, the fighting -- between Kenya’s Pokot and Kalenjin clans -- is driven primarily by disputes over land.

"They're fighting over land," Warfa told Anadolu agency. "And the violence is being fueled by the large number of illegal firearms in the region, which are in the wrong hands."

He went on to say that he had met with local residents and "ordered them to surrender their firearms".

The government "will intervene to help those who have been displaced", the official added, noting that police patrols in the area had recently been stepped up.

Earlier this month, the UN released a report in which it said over 300 people had been killed this year alone in ethnic clashes in Kenya’s Northern Rift Valley region, while more than 215,000 had been rendered homeless.