Death toll from attack in Somali town rises to 15

"The death toll has risen to 15 including two local journalists," said Dr Abdullahi Ali, manager at Baidoa hospital, adding more than 30 others were wounded 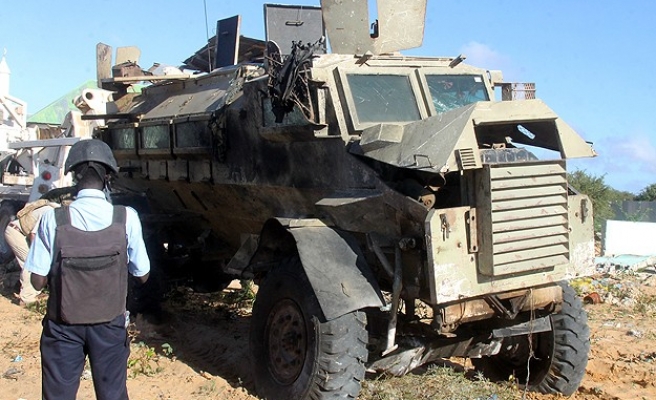 The death toll in twin bombings on a restaurant in Baidoa northwest of the Somali capital on Friday has risen to 15, a hospital official said on Saturday.

Officials previously said seven people died in the attack when a bomber blew himself up at the restaurant entrance on Friday and a car bomb struck when others came to help.

There has been no claim of responsibility so far.

"The death toll has risen to 15 including two local journalists," said Dr Abdullahi Ali, manager at Baidoa hospital, adding more than 30 others were wounded. Five of those suffering the most serious wounds were flown to Mogadishu.

Meanwhile, a district commissioner and two bodyguards were shot dead Saturday by suspected Al-Shabaab militants in central Somalia, a government official has said.

He said commissioner Mohamed Abdi Maamow was heading to capital Mogadishu when the gunmen blocked the road and sprayed bullets on his vehicle.

The Somali government has blamed the Al-Shabaab movement for the killings, although no group has yet claimed responsibility.

Al-Shabaab has in the past targeted government officials and lawmakers.

At least six lawmakers have been killed in militant attacks this year.