According to eyewitnesses, violence first broke out between Tuareg people and Al-Tebbo tribe in connection with a recent police raid on illegal oil sales. 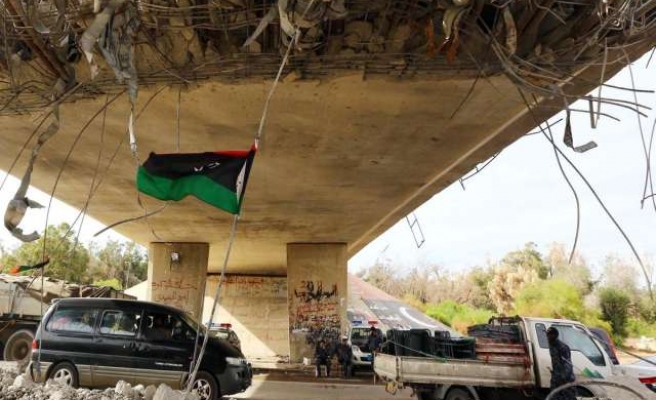 Death toll from tribal clashes that has been raging since last week in southern Libya rose to 15 with mediators saying they managed to reach a ceasefire agreement between the feuding tribes.

Medical sources with the local hospital in Ubari town in southern Libya told Anadolu Agency said that the hospital received 15 bodies and 30 injured people since the clashes first erupted on Wednesday between Tuaregs and members of the Al-Tebbo tribe.

According to eyewitnesses, clashes came to an halt on Sunday after local chieftains managed to mediate a ceasefire between the two sides.

An Anadolu Agency correspondent said that dozens of families had left their homes in the town to flee the indiscriminate shelling by the two tribes.

Electricity and communication services are also still cut in the town for the third consecutive day, he added.

According to eyewitnesses, violence first broke out between Tuareg people and Al-Tebbo tribe in connection with a recent police raid on illegal oil sales.

The Tuareg – a Berber people who adhere to a nomadic, pastoralist lifestyle – live in the deserts of Libya, Algeria, Niger and Mali.

There are no official estimates for the number of Tuareg in Libya, but some sources put their number at roughly 30,000 out of the country's total population of 6.5 million.