Protesters barricading roads and burning tyres fought with security forces in Guinea's capital Conakry on Wednesday in the second straight day of street violence, witnesses and a police official said. 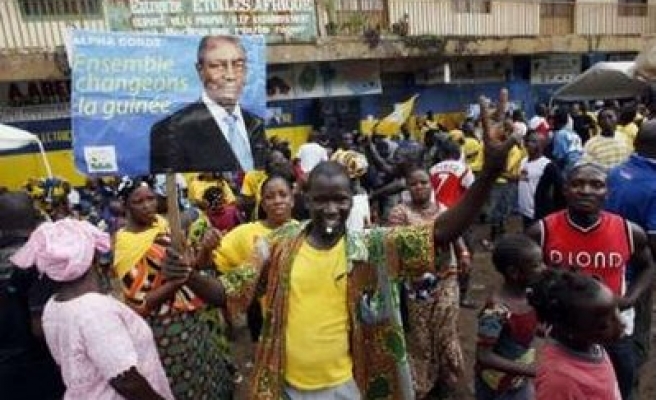 Protesters barricading roads and burning tyres fought with security forces in Guinea's capital Conakry on Wednesday in the second straight day of street violence, witnesses and a police official said.

Tensions have been rising in the West African state before parliamentary elections that the main opposition party says are being rigged in advance by President Alpha Conde. Fighting on Tuesday left three dead, hospital and police sources said.

"Protesters have set up roadblocks and are burning tyres to stop traffic. We're in the process of breaking them up," a police official told Reuters, asking not to be named because he was not authorised to speak publicly.

He said he believed the roadblocks were aimed at stopping a planned ceremony by the government to mark the two-year anniversary of a massacre of some 150 demonstrators in a Conakry stadium by gunmen loyal to the then-ruling military junta.

Residents said police were firing tear gas grenades and using truncheons to drive off the protesters, who were operating in groups of several dozen and blocking the main roadway between the neighbourhoods of Hamdallaye and Koloma.

"The gendarmes have come into the neighbourhoods and they are chasing people. Everybody is staying inside," said a Koloma resident, Mohamed Diallo.

The clashes come a day after the main opposition UFDG party organised a rally to protest against preparations for legislative polls set for later this year. At least three people were killed when security forces cracked down on the rally, according to police and medical sources.

The government said two died in the Tuesday clashes, and 39 people including 23 security personnel were injured.

Guinea held its first free elections late last year, a move that was meant to close the book on decades of instability and pave the way for increased investment in its mining sector.