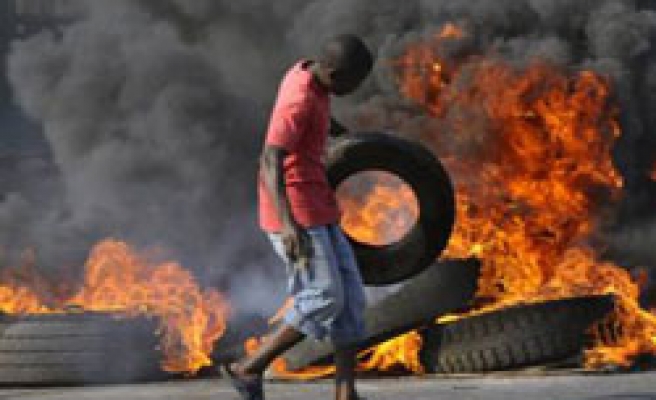 The government said it had the situation under control.

"We call on everyone to be calm and serene. We ask for everyone's collaboration," Interior Minister Jose Pacheco said on Radio Mozambique.

The violence was the worst in the poor southern African country, home to 23 million people, since 2008.

Police officially said three people were killed while hospital and police sources said the death toll was at least six.

"Two children have been killed in the suburb of Mafalala," police spokesman Arnaldo Chefo said.

The protests appeared to have been touched off when the government increased prices on bread by 30 percent on Wednesday as wheat prices have soared around the world.

Residents of one of the world's poorest countries say they have been hit hard by rising costs for basic necessities including bread, with rising costs for fuel and other essentials adding to their troubles.

An estimated 70 percent of Mozambique's population live below the poverty line, according to the CIA World Factbook.

Mozambique also is heavily dependent on imports from South Africa, which have become more expensive in recent months as the South African rand currency has strengthened.

"I can hardly feed myself. I will join the protest because I'm outraged by this high cost of living," Nelfa Temoteo, who lives in the densely populated Malhazine suburb, said.

Maputo police also called for calm as the riots spread throughout the city.

"There is looting and vandalisation. Shops including banks in the Central Business District are closed," Chefo said.

In 2008, at least six people were killed in Mozambique in protests in over high fuel prices and living costs. The government agreed to cut the price of diesel fuel for minibus taxis.