Asked if the formation of a new political entity meant he aimed to return to power, Bozize said: "Yes, return to power. If the occasion arises, I will do it." 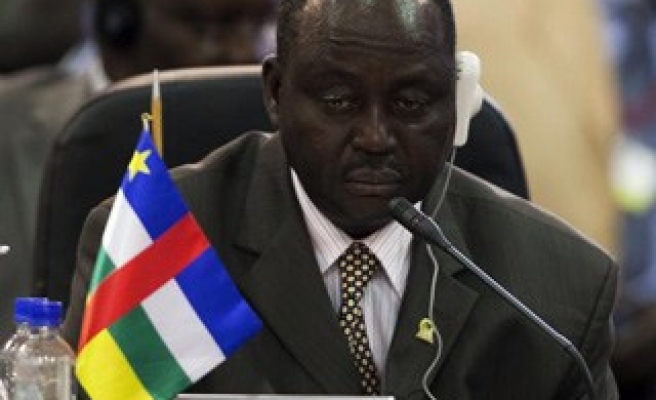 Bozize, who ruled the mineral-rich former French colony for a decade, fled to Cameroon after rebels overthrew his government and captured the riverside capital Bangui.

In an interview with Radio France International broadcast on Saturday, Bozize said he had formed, along with some compatriots, a political organisation called the Front for the Return of Constitutional Order in CAR, or Frocca.

He said its objective was to "follow and denounce everything that is happening in the country and inform the international community which does not yet seem to have realised the grave crisis, the drama, unfolding inCentral African Republic."

The rebellion in landlocked CAR - one of the poorest places on earth - triggered a humanitarian crisis after manyaid groups and U.N. agencies pulled out, leaving its 4.5 million inhabitants to fend for themselves.

The new government, headed by interim President Michel Djotodia, the head of the Seleka rebels, has issued an arrest warrant against Bozize, accusing him of "crimes against humanity and incitement to genocide."

Asked if the formation of a new political entity meant he aimed to return to power, Bozize said: "Yes, return to power. If the occasion arises, I will do it."

Bozize said he was in Paris to visit relatives, and aimed to organise meetings with French officials, although they were on holiday for now.

France was, he said: "the best placed to help solve the problem, with a contribution from the African Union."

A spokeswoman for the French foreign ministry said there had not been any contact with Bozize and none was planned.

Central African Republic has rich, under-exploited deposits of gold, diamonds and uranium but has been plagued by political instability and coups since independence from France in 1960.

Bozize seized power in a 2003 coup backed by neighbouring Chad and succumbed in March to an offensive by Seleka rebels after failing to make good on a promise to share power.