The Djibouti government there has forced the Pentagon to move its drone operations farther afield. 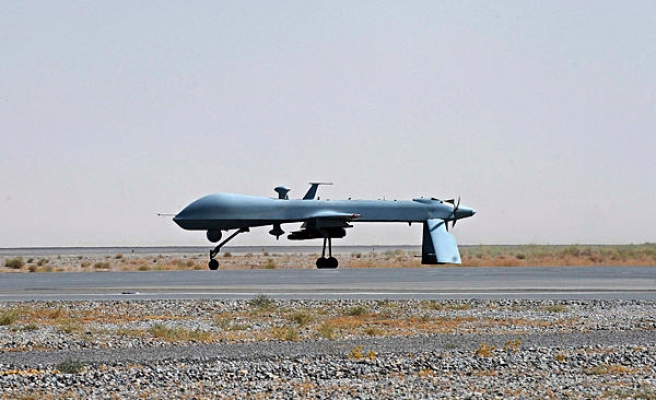 Safety concerns have shuttered one of the United States' most important -- and most secretive -- bases for drone operations, forcing the American military to move its fleet of unmanned craft away from the international airport in the tiny desert country of Djibouti.

Djibouti, whose capital city goes by the same name, is an arid country of just 8,880 square miles (23,000 square kilometers) tucked between Ethiopia, Eritrea and Somalia. Its port lies at the nexus of the Red Sea and the Gulf of Aden, along one of the world's busiest shipping routes. And, since 2002, the U.S. military has made Camp Lemonnier "the primary base of operations for U.S. Africa Command in the Horn of Africa."

There are about 4,000 U.S. troops, contractors and personnel at Camp Lemonnier, which was first established as a colonial outpost by the French Foreign Legion and is situated next to the Djibouti-Ambouli International Airport, at the edge of the capital city.

But, for the Djiboutian government, that proximity has become a problem.

At least five drones based in Djibouti have crashed since January 2011, which is around the time the U.S. military began drastically ramping up its drone program in Djibouti. By last year, unmanned vehicles were taking off from Camp Lemonnier several times a day, and at least eight Predator drones, capable of firing missiles, were based there.

But, with Djibouti growing increasingly concerned about drone crashes that could harm civilians or crash into commercial aircraft (no drone accidents have caused fatalities in Djibouti yet, but at least one crashed near a residential neighborhood) the government there has forced the Pentagon to move its drone operations farther afield, reported the Business Times.

The relationship between Djiboutian nationals and the U.S. military grew especially tense this summer, after the military contractor KBR, Inc. (NYSE:KBR) took over base-support services under a contract worth $35 million -- less than half the cost of the old contract. In order to deliver those savings, KBR pursued cost-cutting measures that included cutting its support staff from about 1,000 workers - mostly Djiboutian citizens -- down to 600. In response, the remaining 600 staffers went on strike, leaving troops to pitch in on camp upkeep wherever possible.