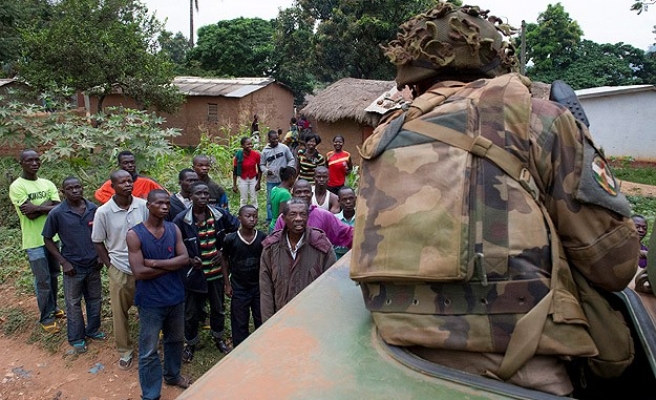 The Djiboutian government has agreed to deploy peacekeeping forces to the Central African Republic (CAR), an official with the Djiboutian presidential office said Tuesday.

"We have responded to a request from the African Union and will send 140 peacekeepers to CAR," the official, who asked not to be named, told Anadolu Agency.

The peacekeepers will join the African-led International Support Mission to the Central African Republic (MISCA), tasked with ending ongoing sectarian strife in CAR.

Currently, over 600 police officers from Cameroon, Congo-Brazzaville, the Democratic Republic of Congo and Chad serve in MISCA. Djibouti will be the first East African country to send peacekeeping forces to CAR.

CAR descended into anarchy one year ago when seleka rebels ousted Francois Bozize, a Christian who had come to power in a 2003 coup. The rebels later installed Michel Djotodia, a Muslim, as interim president.

Since then, the country has been plagued by tit-for-tat sectarian violence between Christian anti-balaka militias and Muslim former seleka fighters.

Djibouti has also approved the dispatch of additional brigades to support the African Union Peacekeeping Mission in Somalia (AMISOM).

"A brigade of our army will also join AMISOM," the Djiboutian official told AA.

Djibouti has contributed 500 troops to peacekeeping efforts in Somalia, suffering its first casualties last month when six Somali soldiers were killed in an armed attack.

The decision to deploy additional troops to Somalia came following a Monday meeting between Djibouti President Ismail Omar Guelleh and a visiting delegation led by Ismail Chergui, the African Union's commissioner for peace and security.