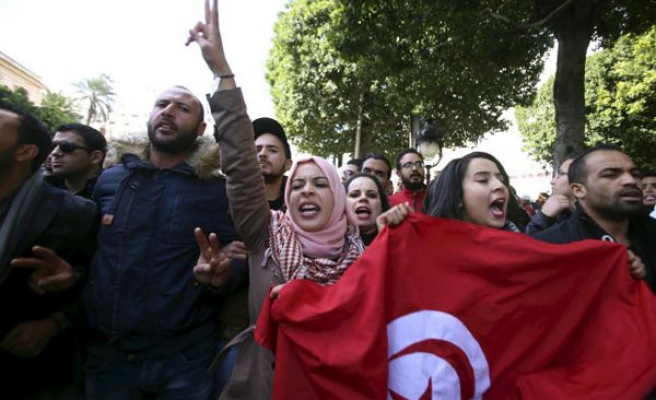 Government neglect in central Tunisia, where poverty and unemployment rates are several times the national average, risks undermining the gains of its revolution and creating a breeding ground for extremism, experts say.

Five years after Tunisia's popular uprising, which set the tone for the momentous Arab Spring wave of protests, the wealth gap between its impoverished interior and coastal cities is sparking fresh unrest.

"We thought that the social issues that killed off (former president Zine El Abidine) Ben Ali would be the priority for the political class," said Abderrahmane Hedhili, president of the Tunisian Forum for Economic and Political Rights (FTDES).

"But that hasn't happened: the interior regions are still suffering from poverty and unemployment and remain the victims of discrimination."

Central Tunisia was the crucible of the 2011 uprising, when protests demanding jobs and reform started in the town of Sidi Bouzid and spread across the country, eventually forcing Ben Ali into exile.

Fresh demonstrations and clashes erupted in January in nearby Kasserine after an unemployed man died while protesting the removal of his name from a list of hires for public sector jobs.

Unrest spread across the country and prompted authorities to implement a nationwide nighttime curfew that lasted into February.

"There is no dignity without work... we cannot tell those who have nothing to eat to keep being patient," he said.

Statistics from Tunisia's heartland -- neglected for decades by successive governments in Tunis -- make for grim reading for Essebsi's administration.

Unemployment in the region last year was far higher than the national 15 percent average, with 26.1 percent of people out of work in the southwest alone, according to the National Statistics Institute.

A 2014 World Bank report said poverty rates in central areas were four times higher than in other parts of Tunisia -- as much as 30 percent in some regions.

"Tunisia needs to create a level playing field by opening up the economy and removing... the dichotomy between the coast and the interior," the report said.

A lack of infrastructure and jobs has also raised fears that Tunisia's interior could become a breeding ground for extremism.

Security forces are coming under periodic attack and a young shepherd beheaded in November near Sidi Bouzid by extremists allied to the ISIL group.

Residents of Kasserine have warned that the town's youth, short of work or education prospects, could become a target for extremist recruiters.

"We are in such a state of despair that one might even follow the devil out of misery," one protester said during January's demonstrations.

A new constitution adopted in 2014 made it legally incumbent on the state to work to "achieve parity between regions" of Tunisia.

But the government has its work cut out; anaemic economic growth coupled with an increase in jihadist attacks -- including against foreign tourists -- have left little room to manoeuvre.

The region "has enormous potential but is failing to attract private investment due to a lack of infrastructure and poor quality social services," according to economist Karim Trabelsi.

He said the main problem was Tunisia's development model, which has not changed for decades.

Investment packages exist, he said, but they "surpass the capacity of regional services" to act.

With tourism expected to be down this year and an official growth rate of just 0.8 percent in 2015, time is running out for authorities to narrow the wealth gap, according to Hedhili.

"If the authorities continue with these policies, we are going to see a social explosion," he said.