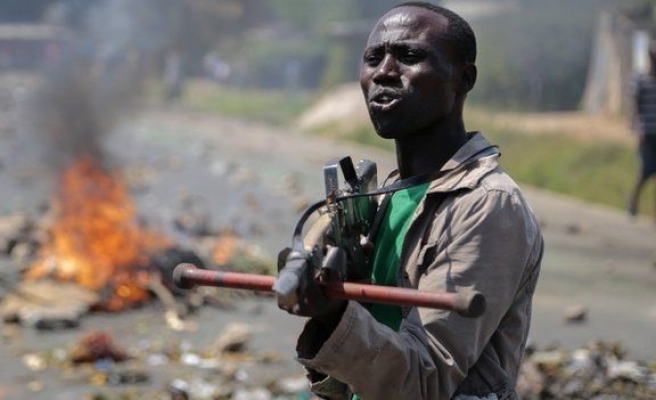 At least a dozen civilians have been killed in weekend clashes between police and anti-government protesters in the Burundi capital Bujumbura, sources told AFP Sunday.

The deadly clashes are the latest in months of unrest triggered by President Pierre Nkurunziza's successful bid to win a third term in office, a move opponents said was against the law and the terms of a peace deal that ended a 13-year civil war in 2006.

"The clashes started at noon on Saturday," said deputy police spokesman Pierre Nkurikiye, who blamed "armed criminals" for attacking his officers in Mutakura, a northern suburb.

"Two of the assailants were killed and two policemen injured," said Nkurikiye.

But witnesses told AFP that Saturday's clashes were more widespread, and more deadly.

In Cibitoke, a protest hotspot since April that borders Mutakura, six corpses were found on the streets with bullet wounds early Sunday, according to three witnesses and a local official.

A witness in Mutakura said four more bodies were found Sunday morning while others said the number was five.

Some of the dead had been shot in the head.

Sources said the trouble began late Saturday morning when police arrested some young people in Mutakura, sparking clashes with angry residents who attacked police with arms and explosives. The unrest then spread to nearby districts.

"It was a nightmare. All day we heard explosions from grenades and the crackle of automatic weapons and machine guns," said Gerard, a Bujumbura resident. "Many people spent the day and night holed up in their homes," he added.

Street protests and violence have ebbed and flowed in Bujumbura since April when Nkurunziza launched his third-term bid culminating in his controversial re-election in July.