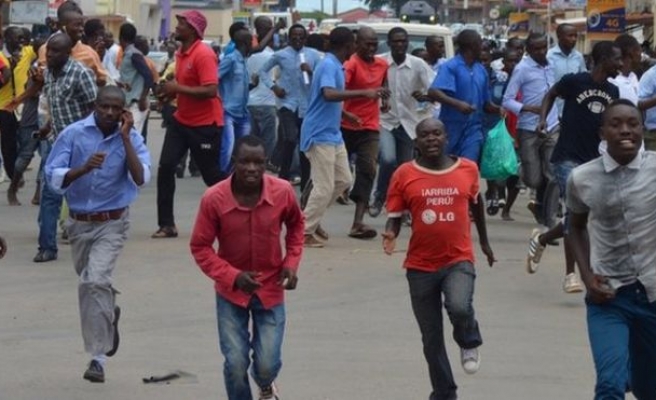 At least a dozen people were wounded Monday when attackers hurled grenades in Burundi's capital Bujumbura, the latest in a string of attacks in the troubled central African nation, witnesses said.

Three grenades were thrown by men on a motorbike in the symbolic heart of the city, while two other blasts were reported in a northern suburb, according to witnesses and a journalist group, SOS Medias Burundi.

A young child was killed, according to SOS Medias Burundi, who issued a photograph of the alleged victim, a small corpse covered by a blanket lying on the street.

Grenade blasts have become commonplace in the city, but it remains unclear who carries out the attacks, which have increased in the past two weeks.

Security forces, rebels and opposition all blame the other for killings.

Burundi plunged into crisis in April when President Pierre Nkurunziza ran for and won a controversial third term, sparking street protests, a failed coup, regular killings and a nascent rebellion.

Hundreds have been killed in the violence and at least 230,000 have fled the country.

"We do not know what is going on. but it is clear they want to terrorise us. I heard three grenade explosions and here, near the central roundabout, there were several wounded," said one witness, who asked not to be named.