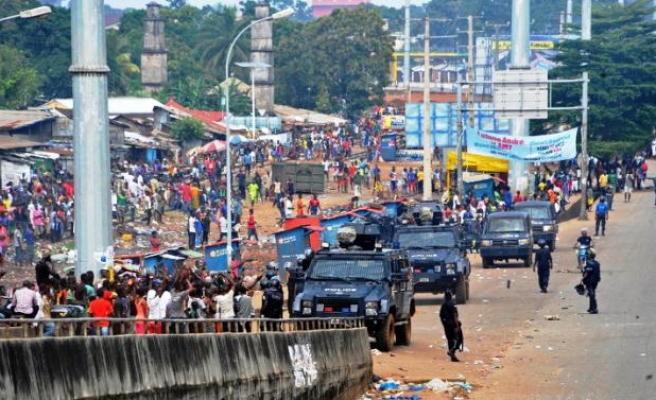 Violent clashes in Niger Monday between police and students protesting for better study conditions left at least seven injured and led to 79 arrests, the governor of the capital Niamey said.

Hundreds of college and high school students demonstrated in the city and clashed with police in the afternoon, an AFP journalist said.

"We demand sufficient numbers of teachers and classes. This protest is a warning to the government," Nassirou Mounkaila, the leader of the Union of Vocational School Students of Niger, told reporters.

The protest was "supposed to be peaceful" but "the police charged and launched tear gas at us," he said.

The demonstrators responded by throwing stones and burning tyres on the road, paralysing traffic in parts of the capital of the west African desert nation.

There were "several injured in our ranks," said Mounkaila, who could not give a precise number.

"Two national guards and five policemen were injured by stone throwing -- one seriously who was in intensive care in hospital," Niamey governor Hamidou Garba told a press conference.

He added that 79 protestors were arrested over the clashes in which two police vehicles were "ransacked" and another belonging to the French embassy's communications officer was "set on fire".

The governor said two more vehicles from the UN refugee agency were damaged by protestors.

"We have met 90 percent of the students' demands. Of the 359 classes promised, 328 have been completed," Garba said.

Mounkaila warned there could be further protests.

"We will organise other demonstrations if we are not fully satisfied," he said.