Al-Shabab fighters in army uniforms stormed a hotel in the Somali capital Mogadishu frequented by government officials on Tuesday. 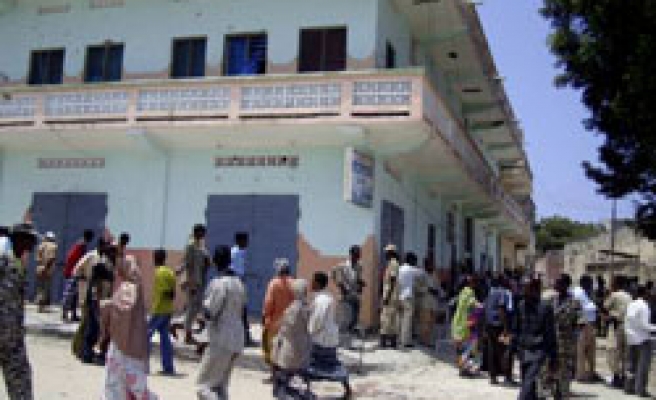 Al-Shabab fighters in army uniforms stormed a hotel in the Somali capital Mogadishu frequented by government officials on Tuesday, killing at least 31 people including legislators, the government said.

Fighting raged in Mogadishu Tuesday after al-Shabab fighters declared a "massive" war against what they called "invaders".

But, there was no immediate claim of responsibility for the attack.

The Information Ministry said at least 31 people had died, including six members of parliament and five members of government security forces.

The Huna Hotel stands in one of the small nominally government-controlled areas of the capital, between the presidential palace and the Indian Ocean.

Legislator Mohamed Hasan earlier told Reuters by telephone in the chaos after the event that 15 members of parliament had been killed.

Information Minister Abdirahman Osman said one fighter had been captured. His ministry said two others had blown themselves up, and that sporadic gunfire and shelling were continuing in the area.

"Some of the MPs had guns in their rooms and defended themselves before security forces arrived," said an anonymous government security source.

"They disguise themselves as civilians running different smaller businesses and working in different restaurants and shops," he said.

The attack came a day after the African Union announced the arrival of hundreds of new troops, mostly Ugandans.

The AMISOM troops have been able to do little more than guard the airport and port and shield President Sheikh Sharif Ahmed.

The fighting broke out on Monday afternoon when Shebab fighters launched an offensive on army barracks in several districts of the capital.

The government also said it had killed more than 15 insurgents belonging to the Shabaab.

At least 29 Somali civilians were killed in clashes between African Union-backed government troops and al-Shabab fighters in the fresh outbreak of violence, medics said.

Sheikh Ali Mohamoud Rage, al-Shabab's spokesman, had said on Monday that fighters were starting a new war against "invaders", an apparent reference to the 6,000 African Union troops deployed in the country to support government forces.

The battle resumed on Tuesday morning after an overnight lull.

The security source said more than 300 armed al Shabaab fighters were thought to live in the Elgaab neighbourhood where the hotel is located.