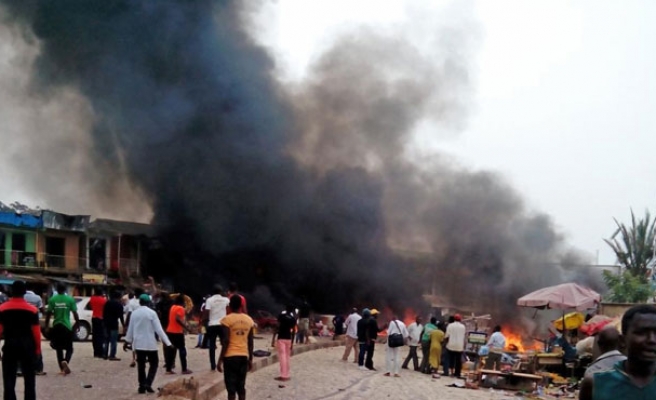 At least 36 civilians were killed when a military plane bombed a funeral party in a Niger border village, the government said, in an incident its deputy mayor blamed on the Nigerian air force.

The air crew was likely to have mistaken the villagers, who had gathered near a mosque, for Boko Haram militants, Niger military sources in the nearby town of Bosso said.

The Nigerian military did not respond to requests for comment about Tuesday's incident, into which the Niger government said it had launched an inquiry.

"Yesterday... an unidentified plane dropped a bomb on the village of Abadam-Niger... while the population was assembled near a mosque," the government said in statement read on state-owned television. "The provisional toll is 36 dead and 24 wounded."

"Two planes flew over Abadam on Tuesday afternoon. For me, with that very visible green colour, they were from Nigeria," Abadam's deputy mayor Youram Ari told Niger television station Labari late on Wednesday.

Abadam lies on the border with Nigeria around 13 kilometres (eight miles) southwest of Bosso, where thousands of soldiers from Chad and Niger are massed in preparation for operations against Boko Haram.

Abadam in next to a Nigerian village of the same name and military sources in Bosso earlier said the bomb had fallen in Nigeria.