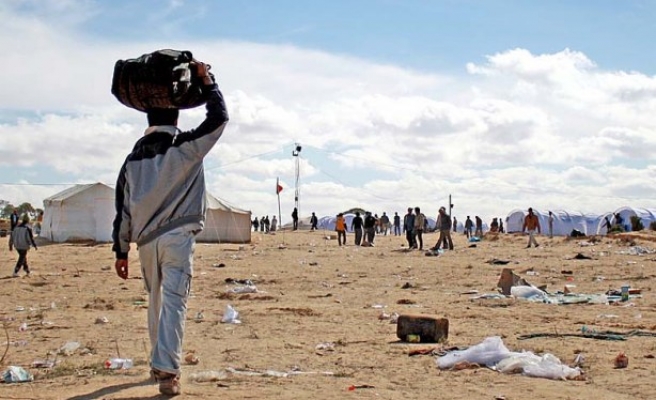 About 30 migrants from Niger are missing in the Sahara desert without food or water after their driver abandoned them once they crossed into neighbouring Algeria, military sources in Niger said on Monday.

Niger, for decades a transit country for migrants trying to reach North Africa or Europe, has pledged to halt the flow of people through its section of the Sahara after 92 migrants died trying to get to Algeria late last year.

"As I speak, Algerian and Nigerien patrols have been launched on both sides of the border to try and find these 30 migrants who, according to those that were found, don't have anything to eat or drink," a military officer in Niger said, asking not to be named.

The alarm was raised after 14 women and children who split off from the rest of the group were discovered by Algerian soldiers on their side of the border, the officers said.

A second military officer in Niger, who also asked not to be named because they were not authorised to speak to the press, said the migrants had left the northern Niger town of Arlit on May 1 to try to illegally get into Algeria.

"They were abandoned by the driver about 3 km (2 miles) after they crossed into Algeria. Fourteen migrants were saved but the rest of the group has disappeared," the second officer said.

Migrants trying to get to Algeria are often women and children from Niger who are sent to beg outside mosques. Another migrant route to Libya mostly attracts young West African men looking for jobs in North Africa or trying to get into Europe.