But Richard Ngoyi Kitangala, the governor of Tanganyika, denied reports that there had been  "killings" in Muswaki, about 70 kilometres east of the provincial capital Kalemie. 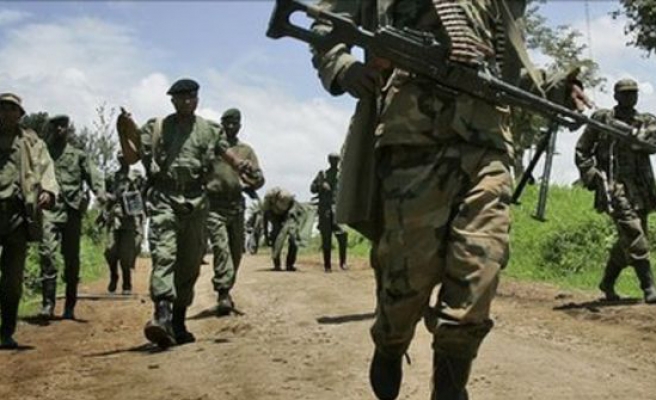 Violent clashes between Pygmy and Bantu people have erupted once again in southeastern DR Congo, a provincial governor said Wednesday, appealing for calm.

Pygmies from the local Twa group have long complained of being marginalised, exploited and despised by Bantu people living in farming communities in the area, saying they are treated like second-class citizens.

"There are sporadic clashes between the Pygmies and Bantus in the region," the governor told AFP, speaking from Kalemie by telephone.

But he dismissed as "rumours" reports that Pygmies had attacked a Kalemie-bound train on Tuesday, prompting a deadly revenge attack the following day by Bantus.

"The situation is not as alarming as many would like to believe," Kitangala said.

On Wednesday, Colonel Felix-Prosper Basse, the spokesman for the UN mission in the Democratic Republic of Congo, or MONUSCO, said he had received "unconfirmed" reports that up to 30 people had died in an attack staged by Pygmies.

Jose Bulabula, a local provincial secretary from President Joseph Kabila's ruling party, said he was in Muswaki on Tuesday on a personal visit when "Pygmies attacked a freight train going to Kalemie at 5 in the morning.

"There were deaths," he said, adding that the following day, "Bantus rallied and attacked the Pygmies."

A local official, speaking on condition of anonymity, said three bodies had been recovered from the side of the tracks on Thursday morning.

Gustave Kabezia, a doctor at a leading Kalemie hospital, said 17 people had been admitted with arrow wounds since Tuesday, one of whom had died on Thursday.

Due to the long simmering problems between the two peoples, the fighting in one of the world's poorest regions has degenerated, unleashing a cycle of revenge killings, looting and the burning of entire villages.

More than 200 people were reported dead in violence in 2014-2015 and tens of thousands fled fighting that pitted bows and arrows against machete blades.

Cohabitation has never been easy between the two communities, with the land-owning Bantus accused of exploiting the hunter-gatherers, paying them meagre wages, or paying them in alcohol and cigarettes for labouring the land.

In October, clashes between the two sides over a tax on harvesting caterpillars left 20 people dead. Caterpillars are a food staple for Pygmies.