Government spokesman Lambert Mende Omalanga warned on national television that "justice would take its course" especially after a massive wave of looting was reported across the city. 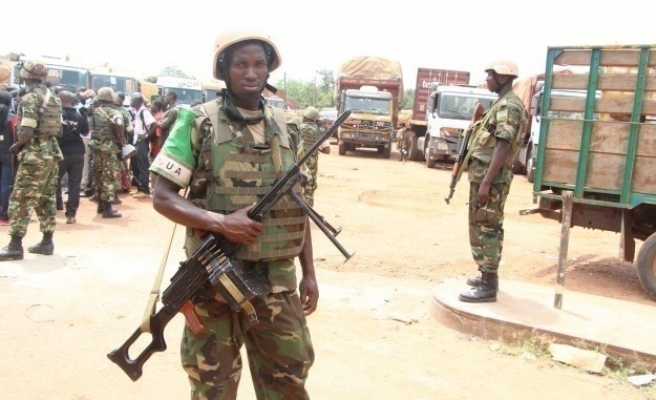 Security forces in the Democratic Republic of Congo (DRC) have arrested two opposition figures one day after deadly clashes between police and protesters in the capital Kinshasa, an opposition alliance said Tuesday.

"Jean-Claude Muyambo, former president of the bar association of the southeastern Lumbashi region, and Franck Diongo were both arrested at dawn in the wake of Monday's protests," Giscard Kusema of Union for the Congolese Nation (UNC) party told The Anadolu Agency.

Congolese authorities have yet to confirm the reported arrests, but government spokesman Lambert Mende Omalanga warned on national television that "justice would take its course" especially after a massive wave of looting was reported across the city.

An Anadolu Agency correspondent said that since Monday midnight, access to internet and SMS services were cut off with no official reason was given.

Clashes erupted Monday between police forces and demonstrators protesting against an electoral draft ratified by the National Assembly (lower house of parliament) on Saturday.

The government said that the violence left four people dead, but the opposition put the toll at 13.

Following the deaths, the Senate (the upper house of parliament) postponed a planned session to discuss the bill until Tuesday.

The Congolese opposition and civil society fear that the bill – which was approved by the National Assembly on Saturday in a session that was boycotted by opposition MPs – would be a prelude for President Joseph Kabila to seek a third term in office, even as his country's constitution allows him to spend two terms only.