According to the UNHCR, Uganda hosts over 171,000 Congolese. 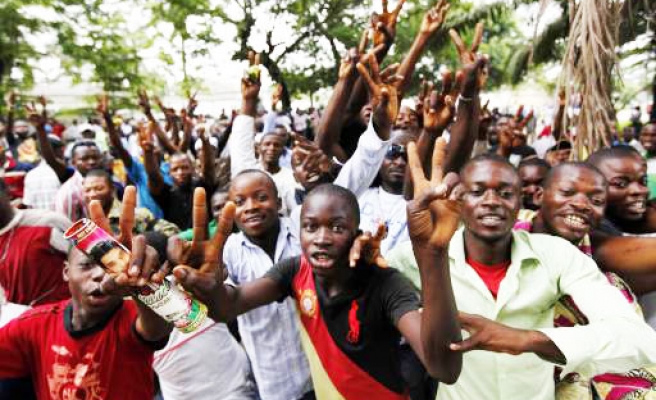 The repatriation of thousands of refugees from the Democratic Republic of Congo (DRC) currently living in Ugandan will officially commence in September.

"We are not going to force anybody to return against his or her will," said Ugandan State Minister for Relief, Disaster Preparedness and Refugees.

"We are going to make sure that they receive adequate information that will facilitate voluntary, dignified and safe return home," he added.

In a statement following three days of meetings in Kampala, officials from Uganda, the DRC and the UN's refugee agency (UNHCR) agreed to "fast track implementation of organized voluntary repatriation by September 2014."

The Ugandan government, for its part, estimates the number of Congolese refugees at 184,000.

Uganda and the UNHRC will conduct, before the repatriation kicks off, a return intention survey amongst the Congolese refugees.

The survey will be aimed at making the refugees understand the need to return to the DRC.

It will be finalized by the end of July and its outcome shared with the DRC government.

The first agreement between Uganda and the DRC was signed in October 2010 to effect voluntary repatriation of Congolese refugees.

However, a wave of insecurity DRC resulting in mass influx of Congolese refugees to Uganda between 2011 and 2013.

The DRC and Uganda have pledged to allow whoever wants to return home spontaneously.

"We are going to insist that we facilitate those who want to return spontaneously to return in dignity even beginning tomorrow," said Minister Ecweru.

Spontaneous return is when individual refugees return to their countries on their own initiative without support while voluntary return is usually a special program whereby repatriated refugees are offered logistic and other assistance to return in groups.

Since the beginning of this year significant spontaneous returns began to be recorded.

Most Congolese refugees returned to the areas of Benni and Rucuru in North Kivu, which were previously held by the M23 rebel group and now enjoy a respite from the conflict.

DRC Minister for Internal Affairs, Security and Decentralization Affairs Richard Muyej Mangez, for his part, assured the refugees that there is "peace and progress in their home areas considering the negative forces are now nonexistent."

Stefano Severe, the UNHCR Regional Representative in DRC, said they had opened six offices in Rutshuru to organize support for the refugees, adding the same will be done in other areas.