Five fighters had been killed and several others wounded. 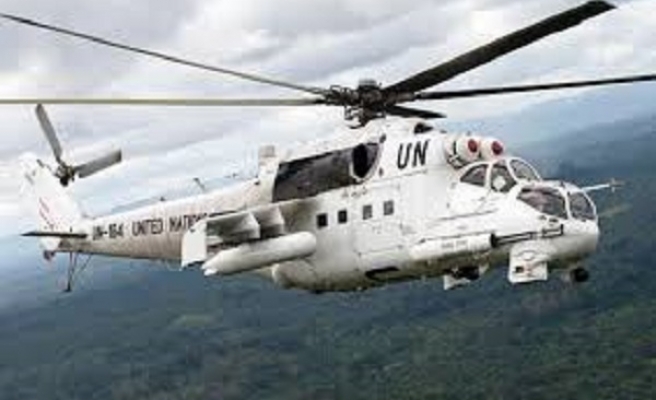 Dutch United Nations attack helicopters carried out air strikes on Tuareg rebel forces in northern Mali, the first such engagement by Dutch forces serving in the U.N. mission in Mali.

The U.N. mission, known as MINUSMA, said it was responding to heavy weapons fire directed at its peacekeepers in the town of Tabankort. It said the helicopters only destroyed a rebel vehicle after firing warning shots that were ignored.

A spokesman for the MNLA Tuareg separatist rebels, who are involved in peace talks with the Malian government in Algeria, denied warning shots had been fired and said five fighters had been killed and several others wounded.

U.N. peacekeepers have deployed across northern Mali to help the weak Bamako government secure desert zones that were occupied by a mix of rebels and al Qaeda-linked groups in 2012 until a French military intervention two years ago.

The incident highlights how Mali's north is still awash with various armed groups and is likely to complicate the last round of U.N.-backed peace talks due to take place next month between the government and the rebel factions that are involved.

The U.N. mission had been for days seeking to end a standoff over Tabankort, a desert town that the MNLA had surrounded and where there are rival pro-government militia fighters, as well as a contingent of U.N. peacekeepers protecting civilians.

"These actions were taken in line with our mandate which authorises MINUSMA to use force to protect civilians, its personnel and its positions from attack or imminent danger," the mission said in a statement.

The U.N. mission did not give a toll and it said clashes were still taking place on Tuesday evening.

Some 450 Special Forces troops, intelligence operatives and four Apache helicopter gunships from the Netherlands have been deployed in northern Mali as part of a force of up to 12,000 men.

U.N. troops mostly help Mali's army occupy key towns while French soldiers hunt down resurgent armed groups. However, the Dutch contingent is tasked with intelligence gathering and has the force's only attack helicopters.

MNLA spokesman Moussa Ag Acharatoumane said cooperation with U.N. peacekeepers would be suspended as a result of the clash.

"There was no negotiation. There was no warning," he told Reuters. "That was an error, and bombing our positions was also a very serious political error."

A resident in the town of Kidal, an MNLA stronghold, said the bodies of five rebels had arrived and were being buried on Tuesday evening.