The meeting brought together religious leaders from Uganda, Kenya, Tanzania, Burundi and Rwanda 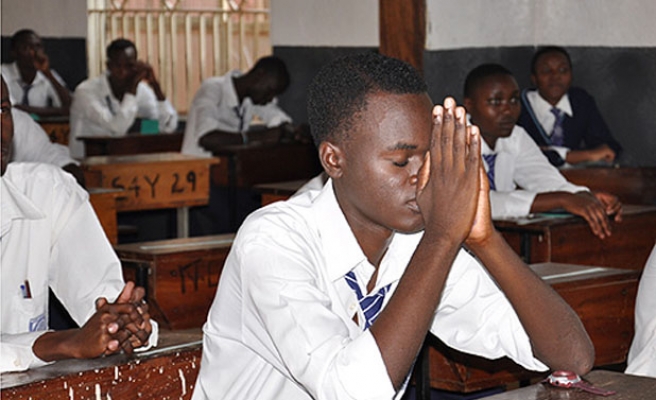 Religious leaders from the five-member East African Community have signed a declaration to form an interfaith council to fight religious extremism and terrorism in the region.

"You as religious leaders have agreed on the establishment of an institution to serve as a platform for your contributions to peace and security in the region," East African Community Deputy Secretary General Charles Njoroge told the gathering at the conclusion of their five-day meeting.

"Now the baby has been born - the East African Community Inter-religious Council," he declared.

The meeting held in Kigali brought together religious leaders from Uganda, Kenya, Tanzania, Burundi and Rwanda.

"You have shown to the world the positive contributions you can make to the humanity when you come together," said Njoroge.

Reflecting on experience in the region, the 5-day conference concluded that the contribution of inter-religious cooperation in matters of peace and security is not fictional.

They agreed to continue facilitating dialogue in times of conflict and formulate a shared position in the face of distortion of religious values and principles.

The inter-faith leaders also agreed to promote the education of the youth with a focused attention on youth unemployment.

The recommendations are expected to be shared with the EAC ministerial council currently taking place in Nairobi, Kenya, and the Summit of the Heads of State in November.

Adan Wachu, the head of the Inter-Religious Council of Kenya, insisted that the religious justification of indiscriminate violence is based on a misrepresentation of scriptures.

"We need to move beyond religious tolerance to a position of mutual respect," he told Anadolu Agency.

"As religious leaders we have a divine mandate to strive for equity and justice in society, including in the political and economic spheres of society," insisted Wachu.

"We have to intensify dialogue as an effort to truly understand the other to emphasize that the indiscriminate and hateful destruction of life is evil," he added.

Onentho Godfrey, from the Uganda inter-religious institute of peace, hoped the creation of the regional inter-religious council will strengthen unity among faith communities to deal with extremism and social political challenges affecting the region.

"It may not deal with religious sentiments immediately but will demonstrate willingness by religious groups to work together to deal with challenges," he said.

Godfrey hoped that although the forum is new it would help check and address religious extremist interpretation of different faiths and "identify the root cause of extremism, terrorism and possibly limit its growth."