The Kenyan capital of Nairobi will play host to the Northern Corridon Projects summit that is headed by East African heads of state. 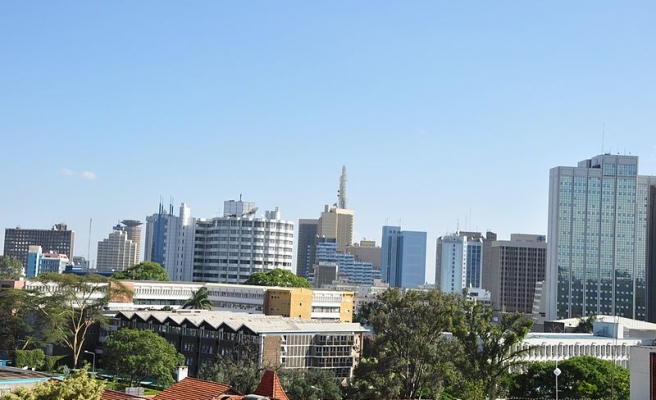 World Bulletin/News Editor
The 8th Northern Corridor Integration Projects Summit kicked off in the Kenyan capital Nairobi on Thursday in the presence of a host of East African heads of state.

Discussions in the summit focused on the implementation of infrastructure projects aimed to transforming Northern Corridor states or states that link East Africa with Central Africa.

The corridor passes through Kenya, Rwanda, Uganda, Burundi and the Democratic Republic of Congo.

Attending heads of state agreed on bringing about a speedy start of the use by the citizens of the East African region of their national IDs as travel document within the region.

The leaders also congratulated Kenya for starting work on the Standard Gauge Railway, which involves the development of a modern high-speed standard gauge railway for passengers and freight within the proposed Lamu Corridor.

They asked transport ministers in their countries to come together and jointly finance other transport projects in the region.

The Standard Gauge Railway will link Kenya to landlocked countries in East Africa, further enhancing trade and transport in the region.

The railway will cost the state of Kenya 327 billion Kenyan shillings (roughly $297.2 million) for a 609 kilo-meter track from Nairobi to Mombasa.

Kenyan President Uhuru Kenyatta said his country would be able to trade power with Rwanda soon, after the two states signed a power party agreement.

He thanked Uganda for allowing Kenyans to use their national identity cards as travel documents while in Uganda.

"The projects are at such a stage whereby what we need to focus our minds and attention on is to mobilize the necessary resources for us to be able to start implementing these resources," President Kenyatta said, addressing summit attendees.

"We have commenced in November the building of the Standard Gauge railway," he added.

"There are now thousands of South Sudanese refugees in Uganda, Kenya, Ethiopia and beyond," Kiir said in a letter addressed to the summit.

"We are overly grateful for your never-ending generosity to host, shelter and give them security," he added.

President Kiir said that his government was committed to peace and stability in the region, noting that South Sudan would seek to bring its civil war to an end soon.

The leaders attending the summit agreed to speed up the establishment of a refined petroleum products pipeline among their countries, according to a final communiqué issued at the end of the one-day summit.

Kenya, for its part, pledged to contribute 2.5 percent in investments for the construction of an oil refinery in Uganda.

Rwanda is expected to announce its contribution to the project soon.

The foreign ministers of the countries attending the summit were instructed to source funds to acquire land in preparation for the building of the pipeline.

Member states also agreed that as of January 1, 2015, they would remove the work permit fees charged for visitors from East Africa in them.

The next Northern Corridor Integration Projects Summit is expected to be held in Kigali, Rwanda in February of next year.