Volunteers and teachers aim to visit every single household in the country of six million in just three days to educate them and isolate the sick. 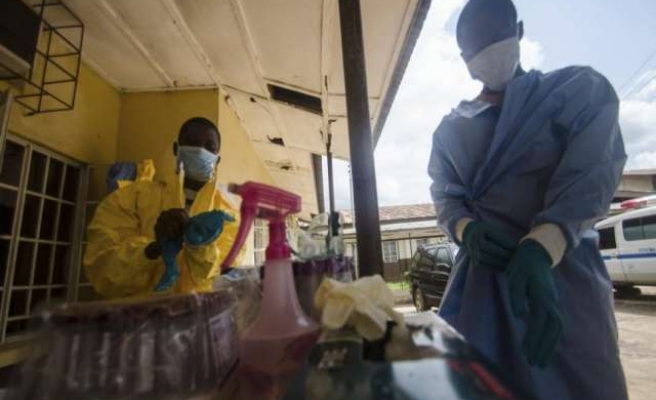 Sierra Leone began a three-day lockdown on Friday in an effort to halt the spread of the Ebola virus, as President Ernest Bai Koroma urged residents to comply with the emergency measures.

"Today, the life of everyone is at stake, but we will get over this difficulty if all do what we have been asked to do," Koroma said in a television address late on Thursday.

Ebola has infected some 5,357 people in West Africa this year, killing 2,630 of them, in the worst epidemic of the virus that the world has seen.

At least 562 people have died in Sierra Leone and nearly 30,000 health workers, volunteers and teachers aim to visit every single household in the country of six million in just three days to educate them and isolate the sick.

But the teams were off to a slow start on Friday. Volunteers at the Murray Town Health Center in Freetown said they had not yet received their kits, containing soap, stickers and flyers.

"This means we are going to achieve less than our target for today or stay beyond 6 o'clock this evening to be able to do so," one of the volunteers said.

Some have questioned whether Sierra Leone's campaign will be effective.

"This morning many families are calling on the radio crying because of lack of food in their homes."

Healthcare workers seeking to contain the Ebola outbreak have often been met with deep mistrust by local communities.

In a tragic illustration of latent fears, a team of eight people educating locals on Ebola risks in neighbouring Guinea were killed and their bodies dumped in a village latrine.

An official for the United Nations children's agency UNICEF, Roeland Monasch, said the "Ose to Ose" campaign, which means "house to house" in local Krio, would be helpful.

"If people don't have access to the right information, we need to bring life-saving messages to them, where they live, at their doorsteps," he said.

Investors are worried about the impact of the lockdown on Sierra Leone's iron ore production. In a bid to reassure them, African Minerals Ltd. said it expected no material impact on its iron ore operations.