The World Health Organisation said on Thursday the death toll for the Ebola outbreak in West Africa, the worst on record, has killed 2,917 people this year, including nearly 600 people in Sierra Leone 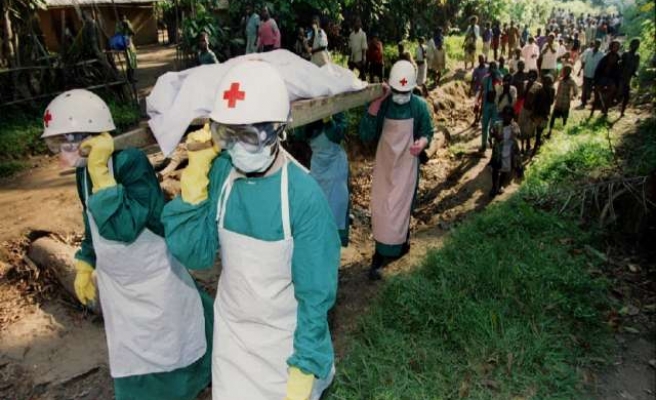 The exponential spread of the Ebola outbreak that has now killed almost 3,000 people in West Africa may have been checked in Guinea, the World Health Organization said on Thursday.

But a dire lack of beds and community resistance in some areas are helping the disease to continue spreading, while efforts to straighten out muddled data are gradually revealing an epidemic even more deadly than it had appeared.

The WHO said 2,917 people have died of Ebola out of 6,263 cases in the five West African countries affected by the disease as at the end of Sept 21.

The proportion of cases in the past 21 days - the incubation period of the virus - has also fallen in all three countries, implying that the spread of the disease may be slowing.

"The upward epidemic trend continues in Sierra Leone and most probably also in Liberia," the WHO said. "However, the situation in Guinea, although still of grave concern, appears to have stabilized: between 75 and 100 new confirmed cases have been reported in each of the past five weeks."

The WHO said Liberia had 315 bed spaces for Ebola patients and aid agencies had promised to set up 440 more, but the country needed a further 1,550 beds that nobody had yet offered to provide. In Sierra Leone, 297 planned new beds would almost double existing capacity, but a further 532 were needed.

With too few beds and a huge shortage of expertise, the effort to tackle Ebola has switched to setting up care centres in communities and training locals, including 11,000 teachers in Liberia, to educate people about how to combat the disease.

In Sierra Leone, 75 percent of targeted households have been reached by "social mobilisers". But in some areas of Guinea, where an Ebola team was killed last week, there was still resistance to such efforts, the WHO said.

"For example, there are reports from Fassankoni, Guinea, that communities have set up roadblocks to screen entering response teams," it said.

The risk of infection among health workers is also much higher than previously thought. A recount has shown 81 have died in Sierra Leone out of 113 who caught the disease - a 72 percent death rate, instead of a 40 percent rate previously reported.

The WHO said its latest data did not yet include the cases and deaths found during a three-day lockdown in Sierra Leone.

Sierra Leone has put three more districts under indefinite quarantine in a bid to fight Ebola, President Ernest Bai Koroma said in a statement, which means five of the country's 14 districts have now been isolated.

The quarantined districts include Port Loko and Bombali in the north and Moyamba in the south, according to a statement Koroma gave late on Wednesday.

"The isolation of districts and chiefdoms will definitely pose great difficulties for our people in those districts," Koroma said. "(But) the life of everyone and the survival of our country take precedence over these difficulties."

The new restrictions are likely to further hamper major iron ore firms operating in Sierra Leone. Port Loko is home to London Mining's concession and African Minerals has its rail and port services there.

The move follows a three-day countrywide lockdown at the weekend that Koroma said had been a success but exposed "areas of greater challenges".