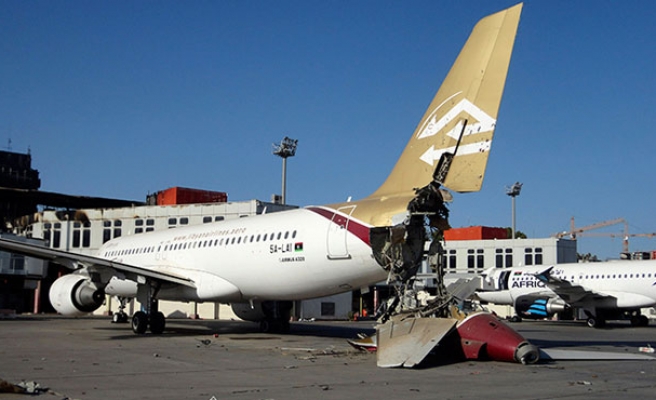 It has been claimed that mysterious fighter jets that have been bombing the Libyan capital Tripoli recently belong to Egypt.

Libyan army spokesman Ahmed Hedeya has accused Egypt and the United Arab Emirates of targeting the Libyan military in Tripoli in order to make way for a coup on the Libyan government by renegade general Khalife Haftar.

Haftar, who is believed to also be receiving support from the US, has been known to use fighter jets in his control to bomb targets in Libya before, but the ammunition fired in these latest attacks are not believed to be found in Libya.

Sources in Libya say that this strengthens the argument that these latest air raids have in fact been carried out by Egypt.

However, the Egyptian government has denied the accusations. Egypt's Foreign Ministry said in a statement "Egypt denies categorically reports and claims that Egyptian military aircraft struck sites held by militias in the Libyan capital Tripoli."

On Sunday, Egyptian President Abdel Fattah al-Sisi denied that his country’s air force was involved in striking Islamist militias in Libya, in an interview with a local newspaper.

“There were no Egyptian war planes in Libya, and no Egyptian plane has executed any military operation inside Libya,” he said.

Sisi also phoned Libya's recently-elected Parliament Speaker Aguila Salah Issa and invited him to visit Egypt in the near future, according to a statement Sunday by the Egyptian Presidency.

The phone call came hours after the Libyan parliament designated the pro-Islamist Libya Shield militia that has seized control of Tripoli airport as "terrorist" groups.

Egypt on Monday proposed a voluntary disarmament initiative for next-door Libya in a bid to restore calm to the North African country, which has been gripped by violence and internecine fighting for the past three years.

Speaking at a ministerial meeting in Cairo of Libya's neighbors, Egyptian Foreign Minister Sameh Shoukry said the initiative also called for an immediate ceasefire in Libya and inclusive national dialogue.

"The initiative calls for… the restoration of the state's [security] role and disarming all militias simultaneously and without exception," Shoukry said in a keynote address.

He also called for "putting an end to the humanitarian suffering of the Libyan people."

Egypt's top diplomat went on to say that the proposed national dialogue should include any parties that reject violence and agree to lay down their weapons.

Since 2011, Libya's deteriorating security and political situation has posed a problem for neighboring Egypt, Algeria and Tunisia.

Egyptian officials have warned of an influx of weapons into the country from Libya since the ouster and death of long-serving ruler Muammar Gaddafi in 2011.

Oil-rich Libya has been plagued by fighting between its loosely organized national army and local militias that held onto their weapons following the bloody uprising three years ago that ended Gaddafi's rule.

Last month, more than 20 Egyptian border guards were killed in an exchange of fire with militants near the Libyan border.